The scenery along the drive from Noojee to Tooronga Falls is almost as good as the destination. The road hugs the Tooronga River, as the river snakes its way through lush green farmlands that touch the edge of the forest. 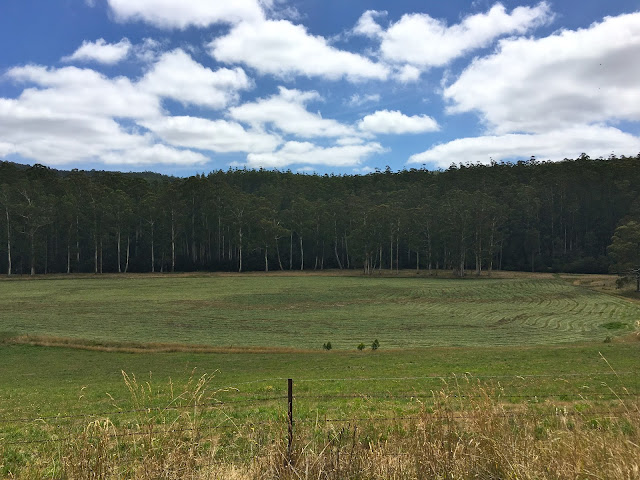 The timber industry the town was built on is still alive and well and these logs were stacked up like pick-up-sticks at the local sawmill. 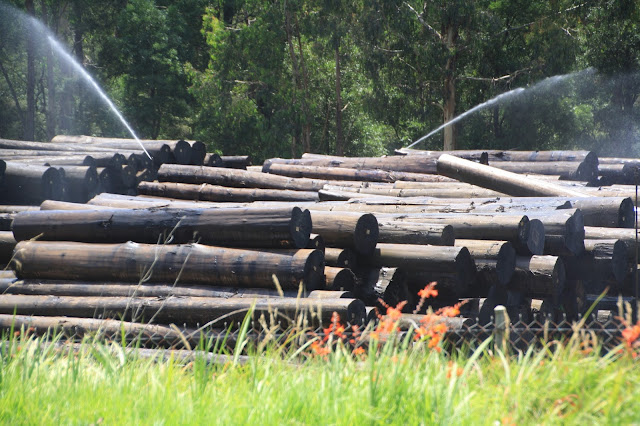 Arriving at the carpark, we headed up to the 750m track to Tooronga Falls. The path took us up the hill, past massive boulders and alongside leafy ferns and tall Mountain Ash. 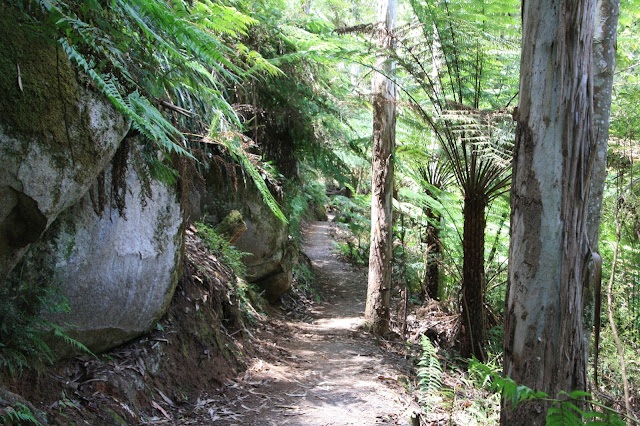 Some parts of the track were on even ground, while other sections had rocky steps to climb. 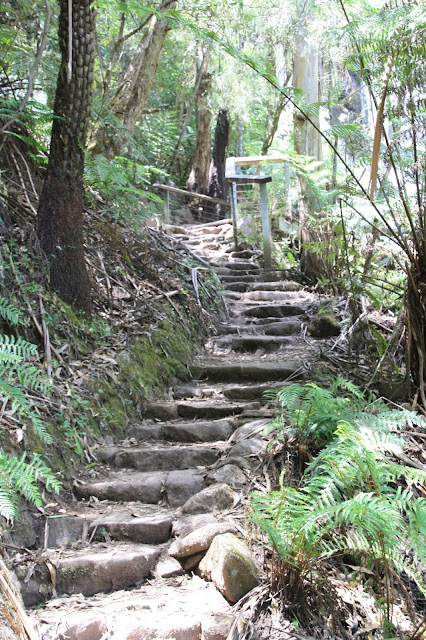 We were so busy chatting and listening for the bird calls, that we barely noticed how many steps we climbed. My legs told me later that it was A LOT OF STEPS. 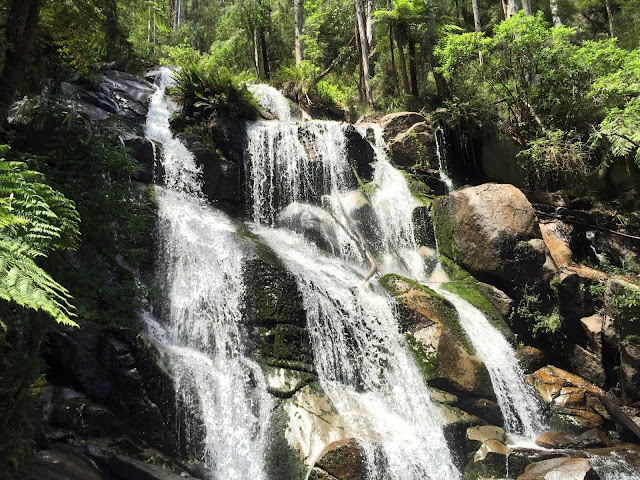 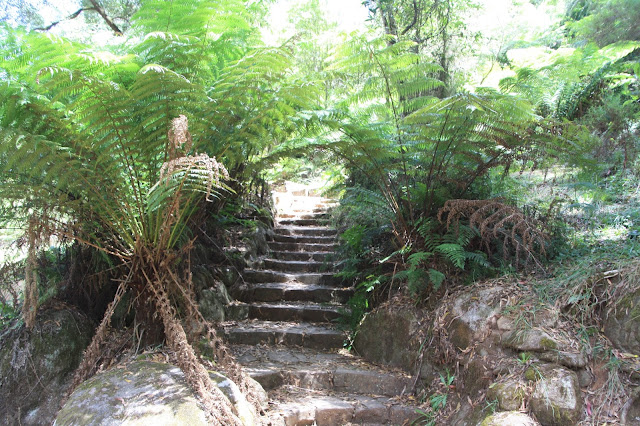 We chose not to take the longer circuit track up to the Ampitheatre Falls, instead we came back on the same track. 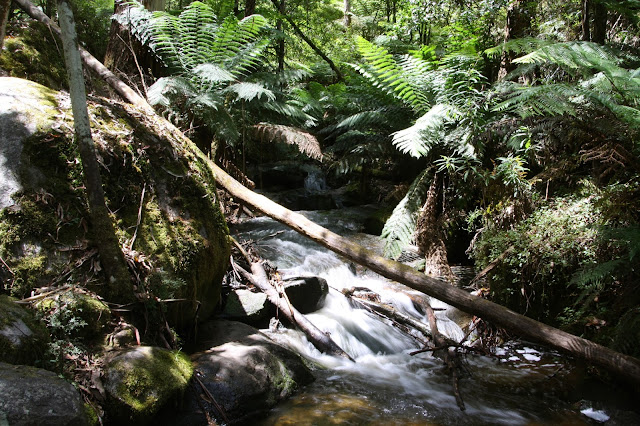 The sun peeking through the fern fronds gave the whole place a lovely dappled light. The sound of the water rushing by was a nice soundtrack to the walk. 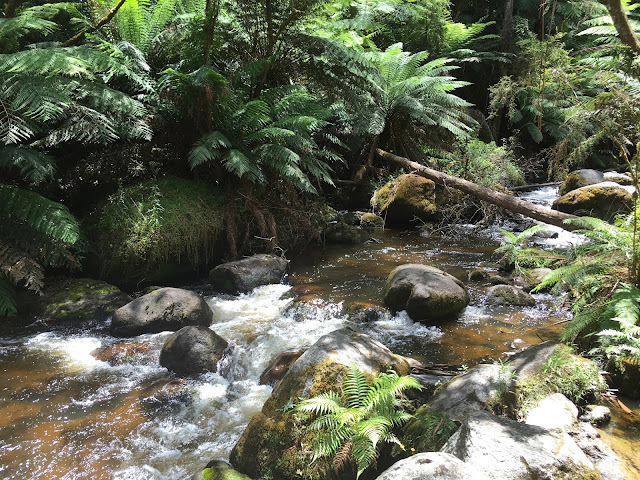 I'll do the longer walk next time, when I come back during the cooler months. 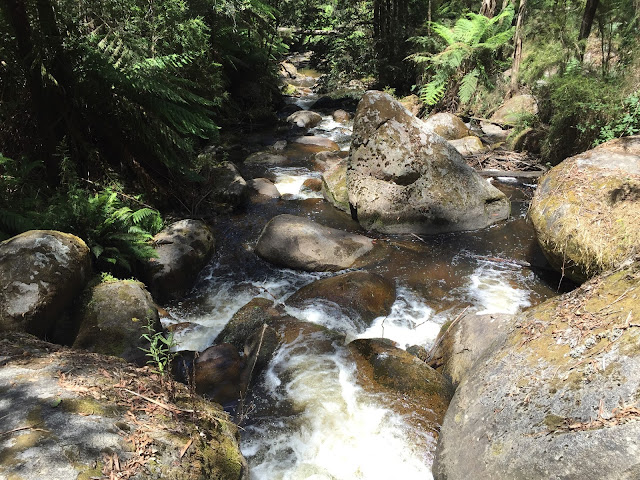 Why: walks, scenery
How Much: FREE
Nearby:Noojee Town,  Noojee Trestle Bridge
Posted by Gabby at April 08, 2016