We left the Pipemakers Park and started to head home, when I noticed an unusual property amongst all the modern apartment complexes at Edgewater Estate. 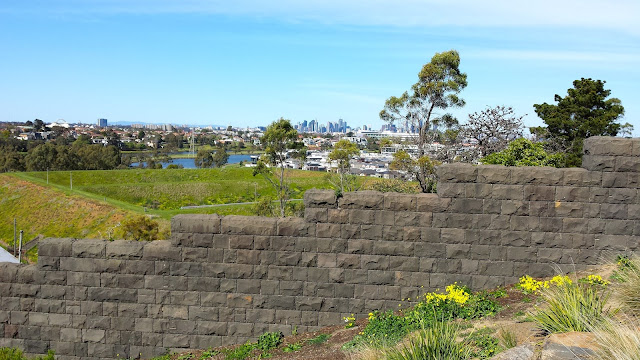 We parked a little closer and set out on foot to explore. The old bluestone wall looked great against the bright colours of the modern apartments and we were treated to a fantastic view of the city skyline, but we couldn't tell what was behind the walls. 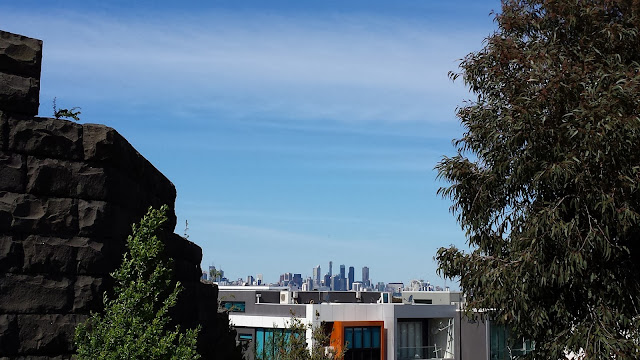 The site was locked up and we couldn't see any signage from where we were, until a map search resulted in us discovering Jack's Magazine. Intrigued by the site, we kept an eye on their website and waited for an upcoming Open Day. 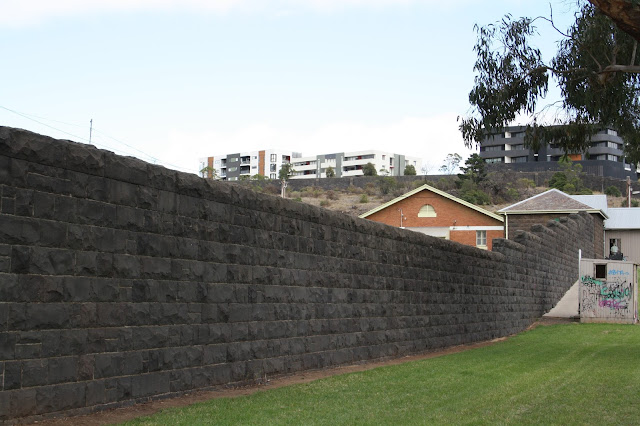 We arived early on a sunny Sunday morning in April and managed to join one of the first tours of the day. A guide from Working Heritage took us on a twenty minute tour, starting at the tramcar tunnel where carriages of gunpowder would once have made their way in and out of the building. 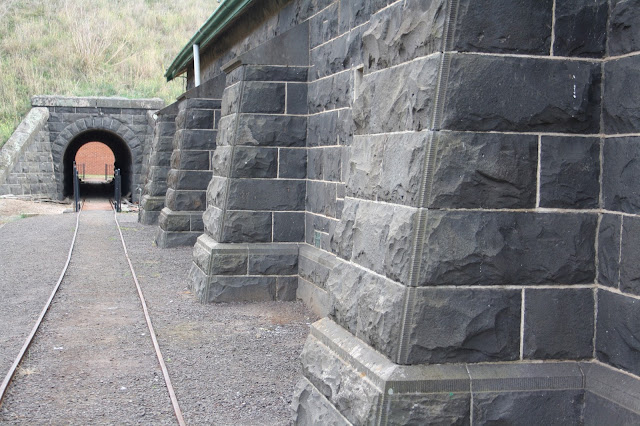 Inside one of the two huge bluestone magazines, we were told the history of the site, from its beginnings back in 1878. Gunpowder and explosives used in the Victorian goldfields were stored in the safe facilities here, as well as wartime ammunition supplies.  Post-war, it was used by local industry, but had been vacant since the early 1990's, and it was only as recently as last year that Working Heritage took on the management and proposed restoration of the buildings. 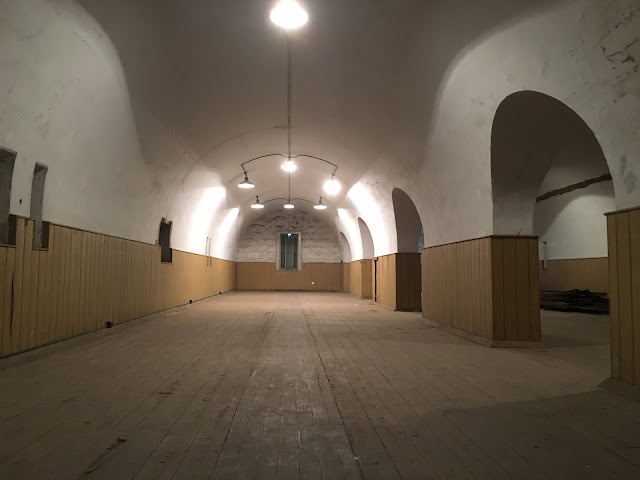 Back through the tunnel, we entered another room, filled with artefacts, photographs and equipment used at Jack's Magazine over the years. Working Heritage plans to have more Open Days throughout the year, starting with a recent one in May and the next June day now open for bookings. 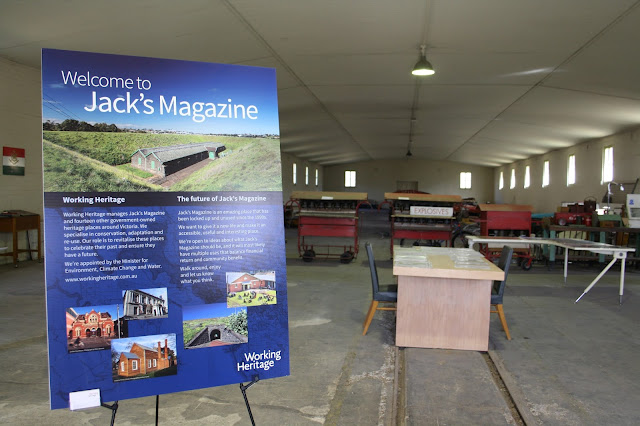 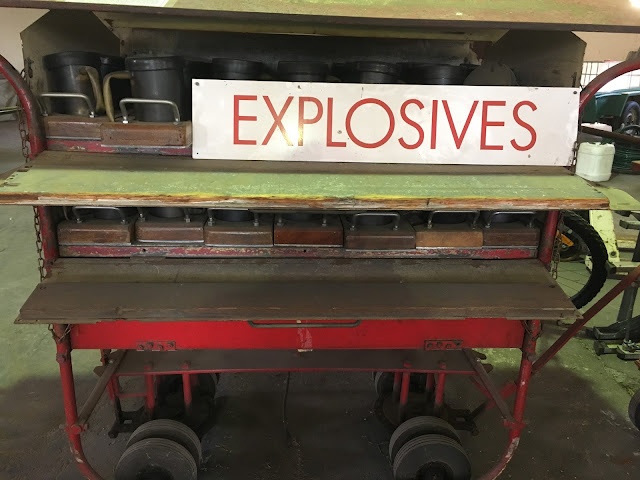 The tunnel leading to the second magazine is also the site of the biggest Prickly Pear I have ever seen.
It would be great to see the place open to the public more often, and I hope a suitable business raises their hand to put Jack's Magazine to good use for the future. 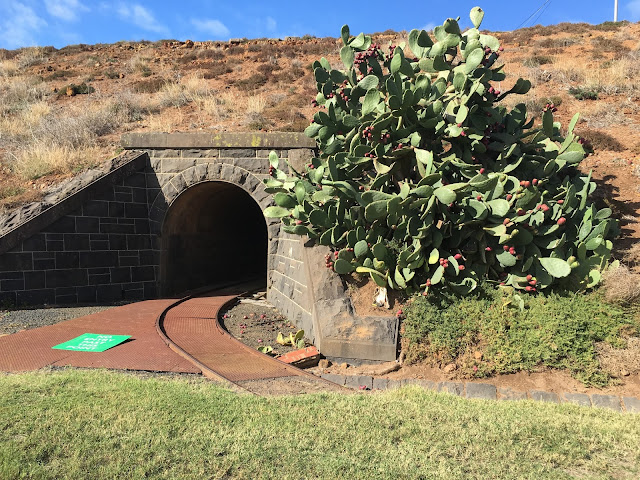 What: Jack's Magazine
Where: Magazine Way, Maribyrnong
When: By appointment
Why: historic building
How Much: prices vary
Nearby: Living Museum of the West