We'd visited The Nobbies at Phillip Island before and had looked through the viewing binoculars for a glimpse of the seals out on the rocks, but when the chance to get up close to the seals on Wildlife Coast Cruises Seal Watching Tour landed in my inbox via a coupon deal - we jumped at it. 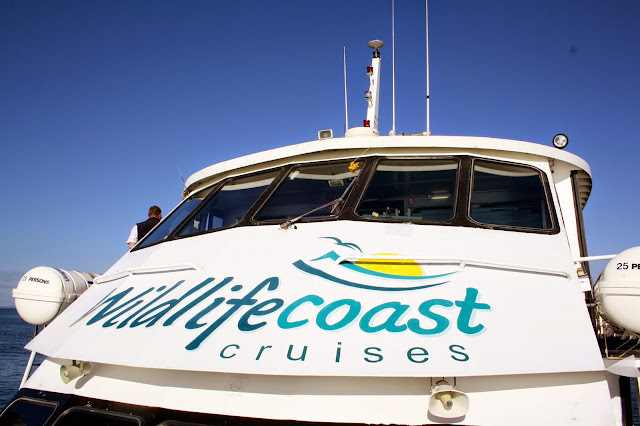 I have to admit, I'm becoming a bit of a coupon fan - they are proving to be a great way to get out and about at a discounted rate. I get emails from a few different groups, so I'll share relevant travel/experience deals on my FB page.

We boarded the Kasey Lee at 2pm, for a two hour cruise to Seal Rocks, which lies about 2km from shore just past the Nobbies. 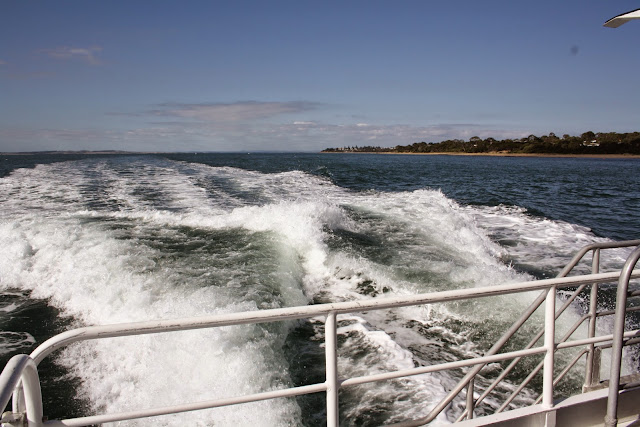 It was smooth sailing as the boat hugged the coast of Phillip Island, past the Nobbies, to Seal Rocks -  but around that point where Bass Strait meets Westernport Bay...it was a little less...smooth. The swell was quite big, but the boat and crew were great at keeping us 'on an even keel' when the water around us looked like a washing machine cycle. We felt safe and relaxed on the boat and not at all seasick. 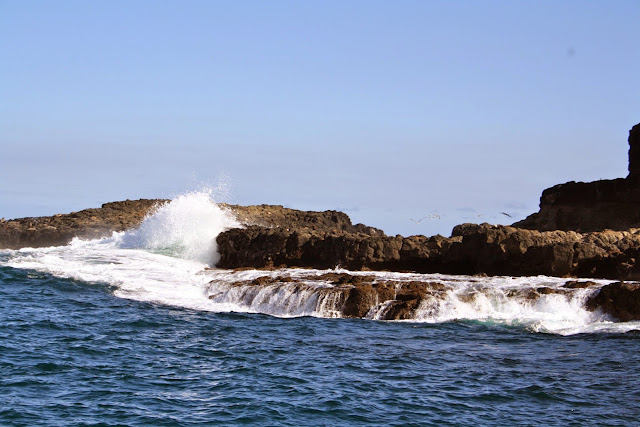 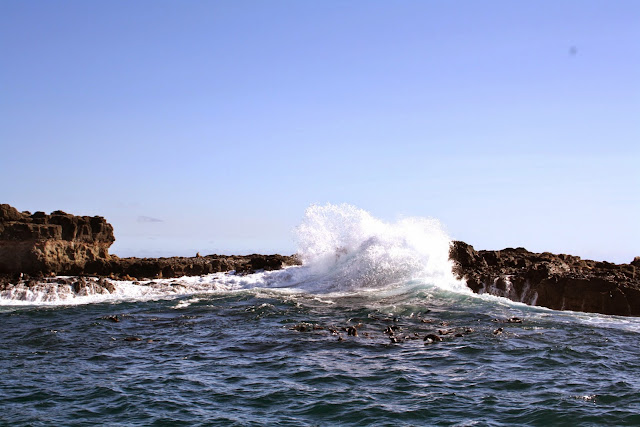 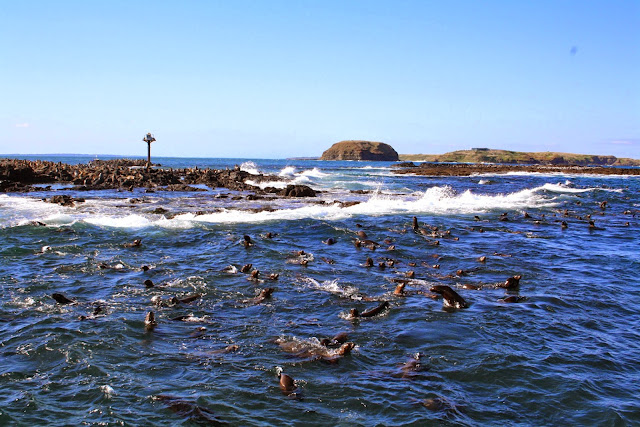 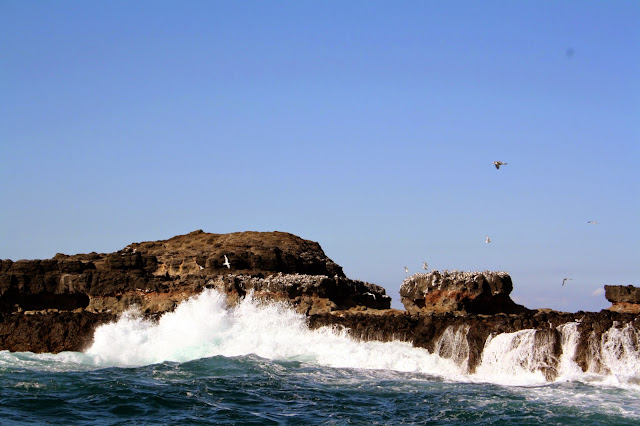 Indoor seating on both decks allowed us to keep warm on the chilly afternoon, but it was good to stand on the outer decks and breathe in the fresh salty air.
Once at Seal Rocks, the boat sat between two large sections of rock so that passengers on both sides could see the seals. The boat would turn around every now and then so everyone could see the view from the other side as well. 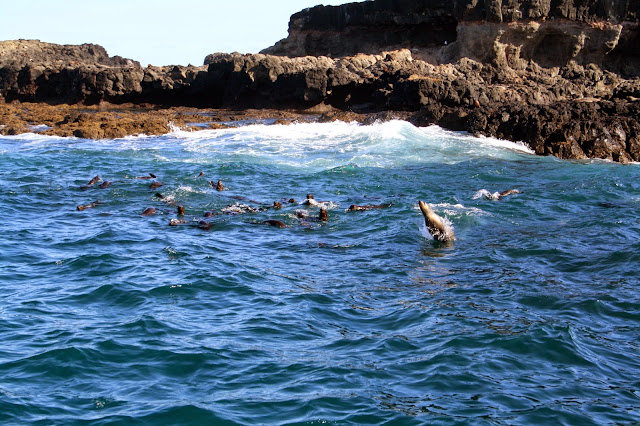 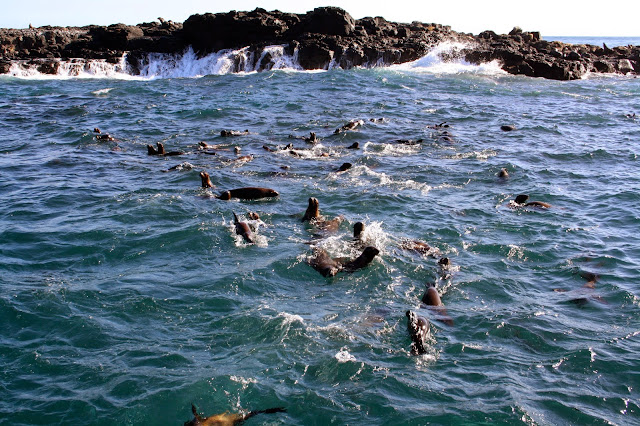 The water was full of seals (about 5,000 live here) - mostly big pups playing close to the safety of the rocks. They were very inquisitive and would come up close to the boat to check us out.
I imagine if they had cameras, they would have been snapping away more than we were...
We saw one lying on his back, clapping his hands (hands? fins? flippers?) together - I always thought that was something they were taught at sea parks or zoos, so it was fantastic to see it happen naturally in the wild.

The young seals were zooming through the water, leaping into the air, tumbling and rolling right next to the boat for the whole time we were there.
It felt like a school playground, filled with young pups playing, supervised by a few adult seals around the place. 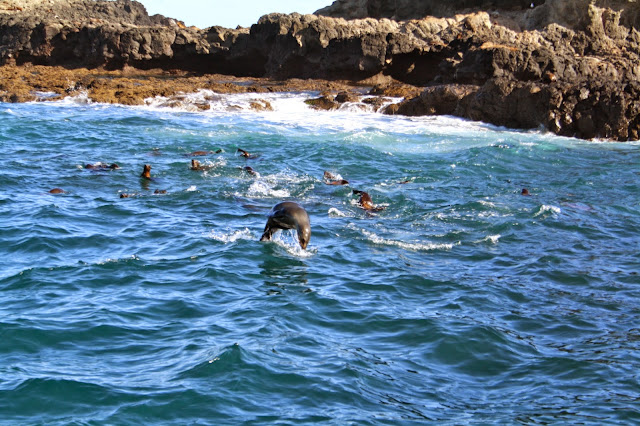 The boat stayed at Seal Rocks for about an hour, then began the cruise back to the jetty. Complimentary afternoon tea was available on the return voyage. The late afternoon sun shining on the water on the trip back was nice enough, but when a lone seal followed us back to Cowes, swimming and jumping out of the water alongside us - that made the whole experience even more special. 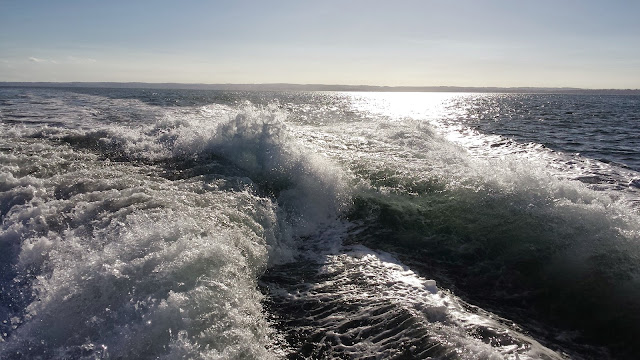 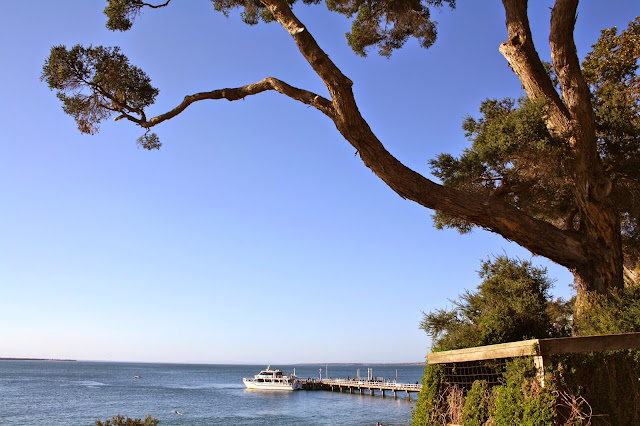