From Wonthaggi, it was a short drive to the start of the stunning Bunurong Coastal Drive at Cape Paterson.  Then we headed East to Inverloch to chill out on the beach for a couple of hours. We returned the same way, stopping at all the lookouts on our left, starting at Flat Rocks. 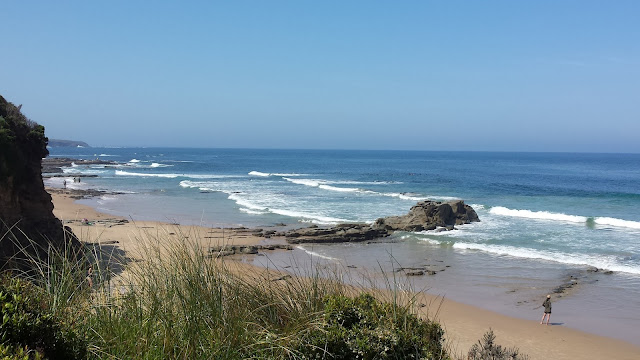 
Oh, and a few dinosaurs to boot. 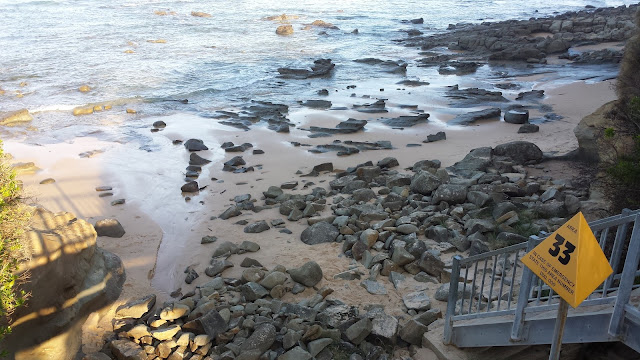 From 1994 to 2013, a group of dinosaur researchers, Dinosaur Dreaming, uncovered thousands of bones in the area. I've seen some on display in my travels at Cape OtwayLightstation (near the new dig site) and the Gondwana Exhibition at the National Wool Museum, Geelong.

Between Flat Rocks and The Caves, there have been many significant finds, including SEVEN types of dinosaurs! 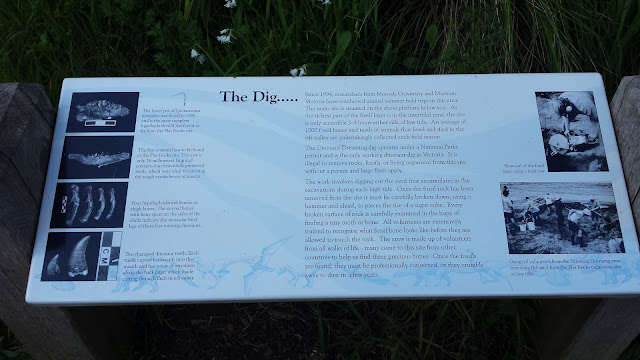 It all began at Eagles Nest, a rocky outcrop just off shore, where Australia's very first dinosaur bone was discovered a century ago. Nowadays, there's a carpark and lookout on the clifftop, and a huge staircase leading down to the beach. 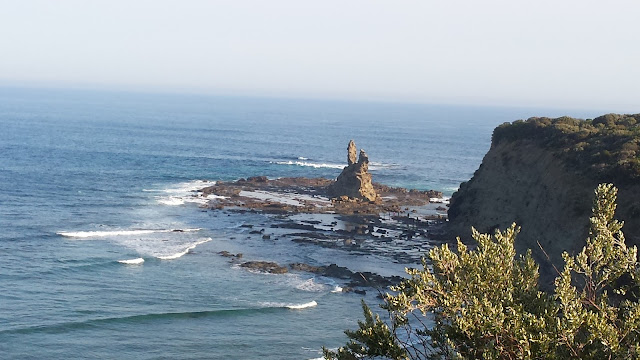 Shack Bay was our next stop. We clambered down another wooden staircase to the shoreline below... 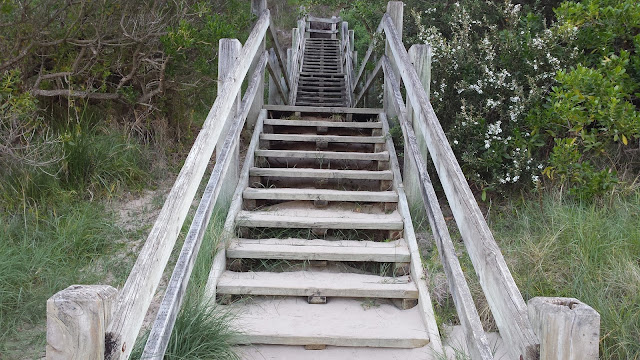 ...and was greeted by a gorgeous bay, with huge sandstone cliffs either side of a secluded stretch of sand. 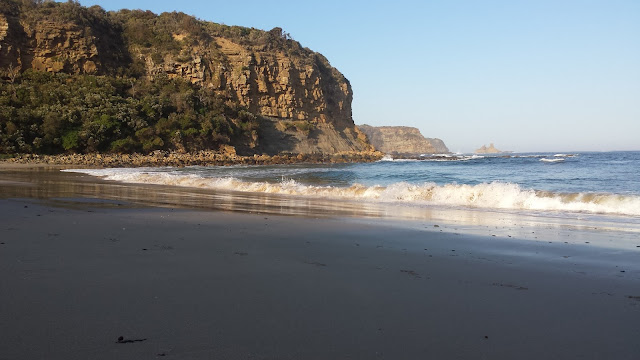 Twin Reefs looked to be the most uninviting of the beaches, due to the rocky platforms under the waves - so we kept on trucking along.

The roadside flora as we approached Undertow Bay was lush and green, with bright Pigface flowers dotted throughout... 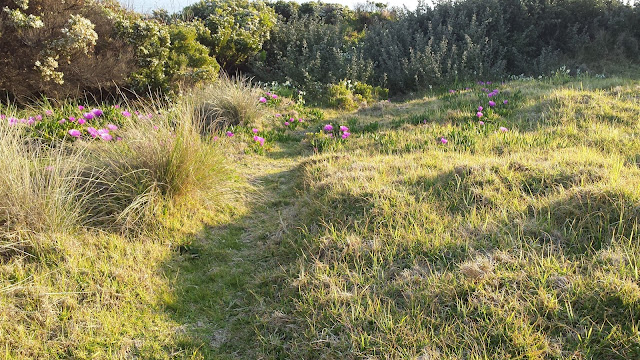 ...and just along the road, the late afternoon sun and seaspray mist gave the place a dark contrast. 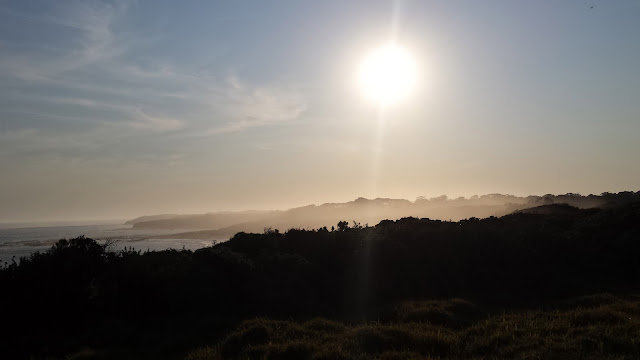 Cape Paterson is a good place to start or finish the drive. We chose to have a quick snack at a perfectly located picnic table overlooking the ocean, before exploring the rocky shore. 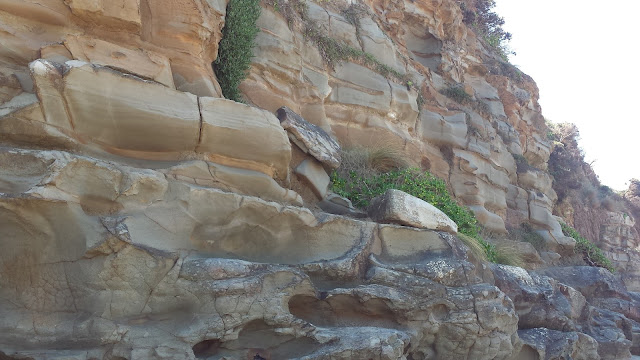 Surfers, swimmers, cyclists, adults, kids, dogs - they were all here to enjoy the sun, surf and sand.


The area is comprised of Bunurong Marine National Park, Bunurong Marine Park and Bunurong Coastal Reserve, so check Parks Vic site and local signs for activity regulations before you go fishing with your dog :)

What: Bunurong Coastal Drive
Where: Cape Paterson Rd
When:  Daily
Why: beaches, scenery
How Much: FREE
Related post:  State Coal Mine, Wonthaggi