The Summer heat shimmered on the road surface as we approached Brim, and a grain silo rose from the bitumen in the distance, like a mirage in the desert. 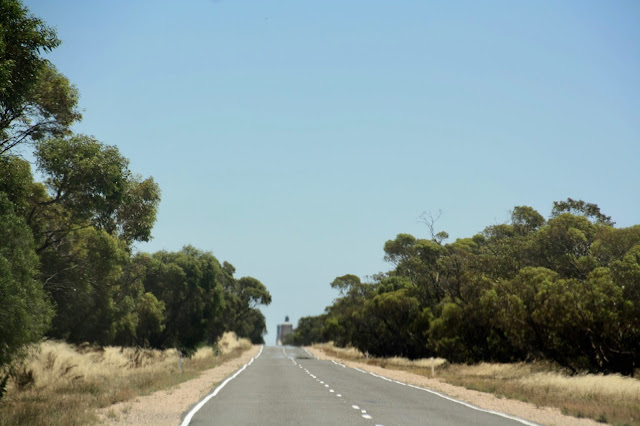 The Welcome to Brim sign on the roadside coincided with the first glimpse of the spectacular silo art we had driven for miles to see. 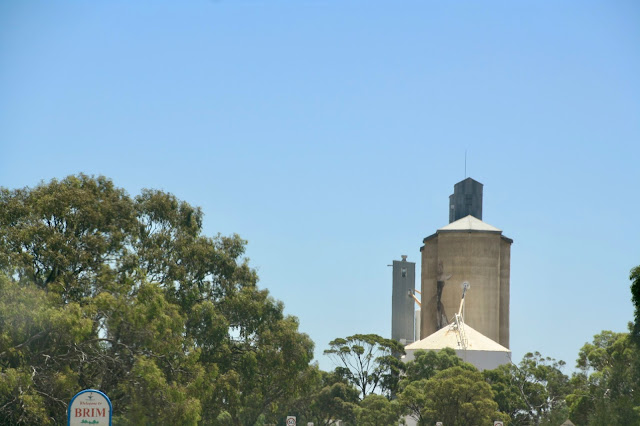 We parked at the dedicated viewing area across the road from the silo, where information boards told the story of the art and allowed a great view of the massive project in all its glory. 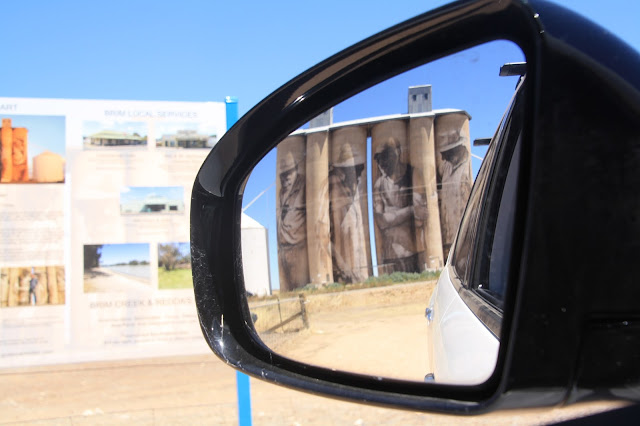 Completed in January, 2016 by Guido van Helten, this silo depicts 4 local people. Three out of 4 are of an older generation, dressed in similar attire of broad-brimmed hats and long shirts. The fourth is younger than the others, and wears a cap and a work singlet. 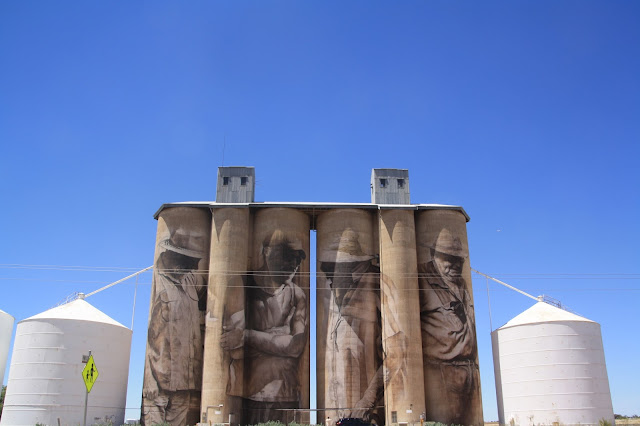 I believe the identities of the 3 male and 1 female have not been officially revealed, as they represent all of the people who work the land in Victoria's Mallee/Wimmera region. 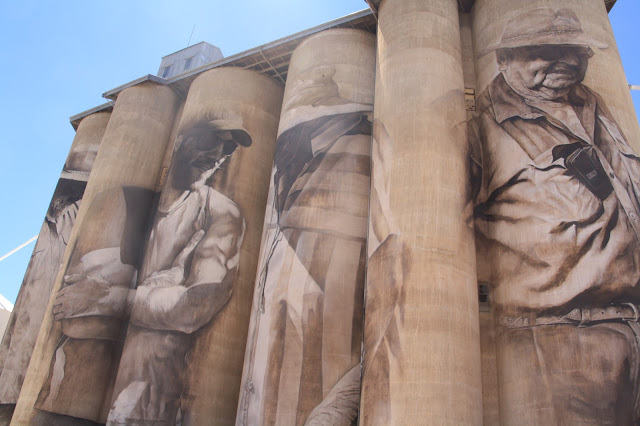 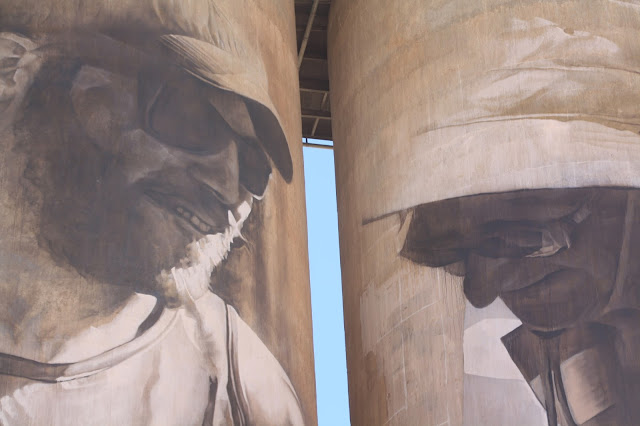 While we were there, a man looking very much like this guy stood and posed for photos with his traveling companion. Was it him? I'll never know... 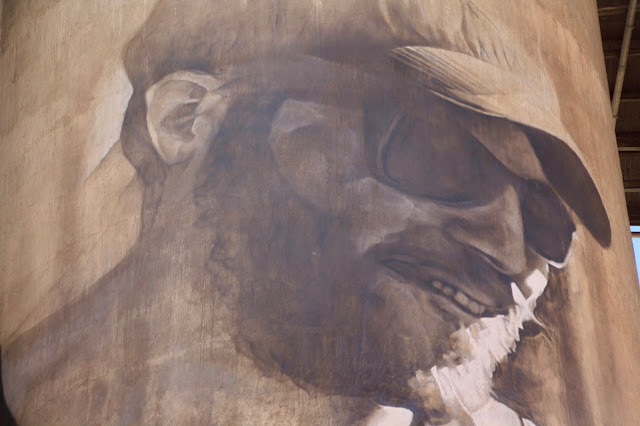 For a closer look, we parked at the base of the silos. The details in the portraits are amazing, and van Helten is a master of his trade. 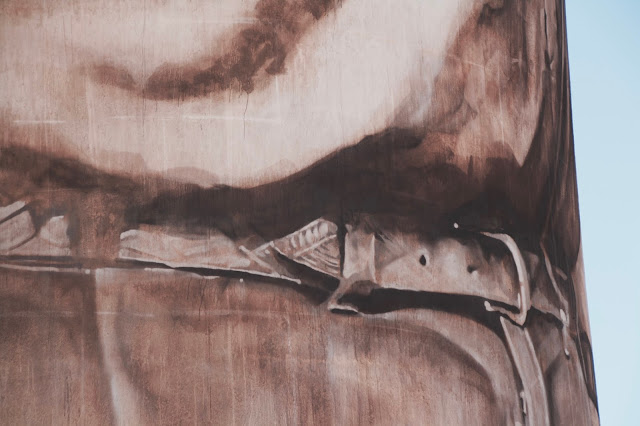 This silo is one of three on the Silo Art Trail, with more to come in the future. I love that these small towns are getting a tourism boost from these towering masterpieces and I look forward to visiting them all in the coming years. 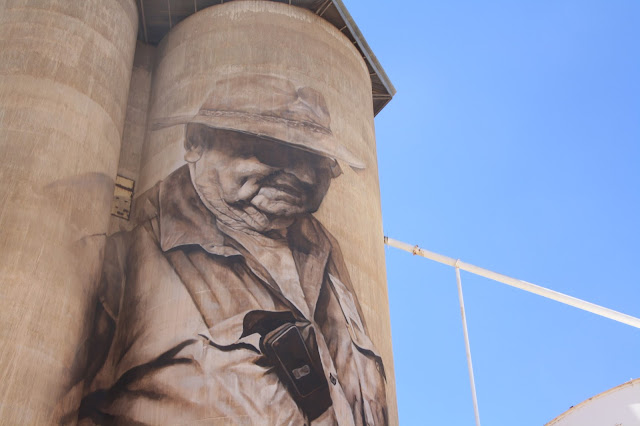 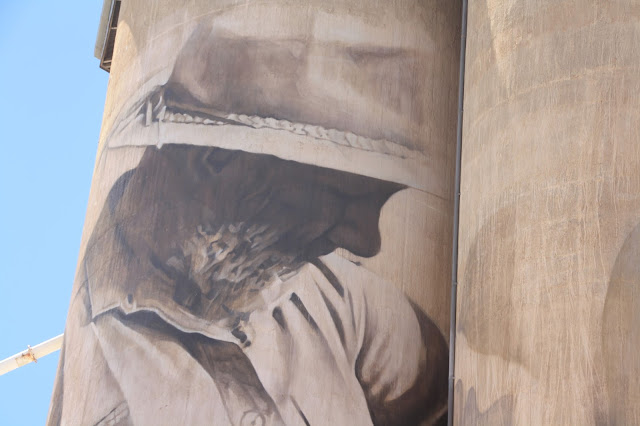 What: Silo Art Trail
Where:1986 Henty Hwy, Brim
When: Daily
Why: Art
How much: FREE
Nearby: Sheep Hills
Posted by Gabby at February 27, 2017