The tiny town of Avenel sits in the midst of Kelly Country. For a few years, it was home to 'Red' Kelly and his wife and young children, including Ned - and has a few stories to tell about our famous bushranger.

We parked on the roadside next to the old Avenel Stone Bridge and began our visit to this town tucked behind the trees, just off the Hume.  The bridge itself is an impressive 6 arch stone expanse, crossing Hughes Creek. No longer in use, it sits adjacent to its modern replacement... 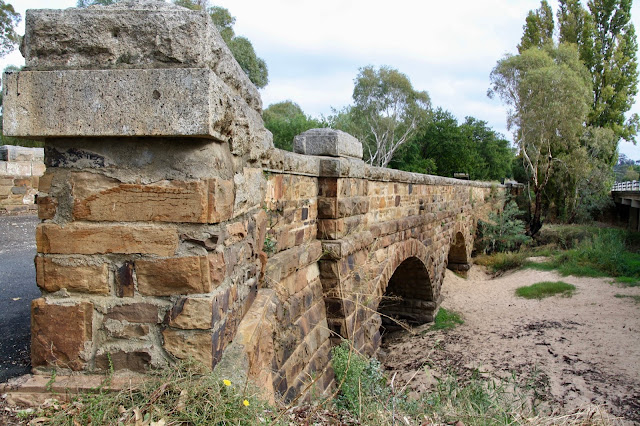 ...well, almost no longer in use - there was obviously some heavy duty truck business happening that day. The driver's cab was empty - maybe he'd knocked off for the day and had gone to 'ave an ale at the Avenel Pub. 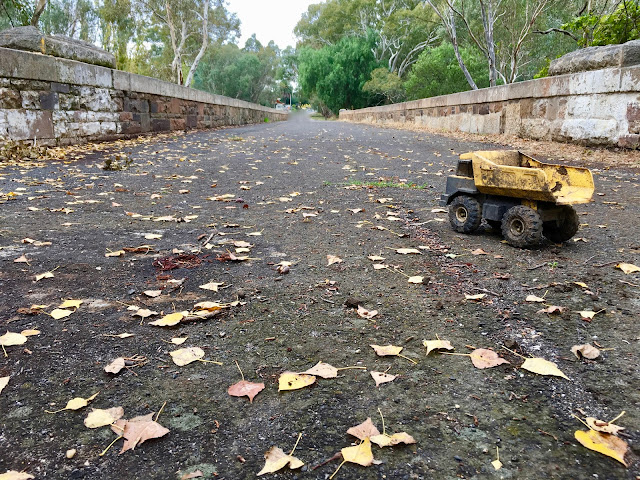 A little further along over the bridge, the Royal Mail Hotel sits. Built in 1847, it was the home of the Shelton family. Their 7 year old son fell into the creek and was rescued by 11 year old Ned Kelly. The parents gave Ned a green sash for his bravery and Ned was wearing it under his armour at the seige in Glenrowan. 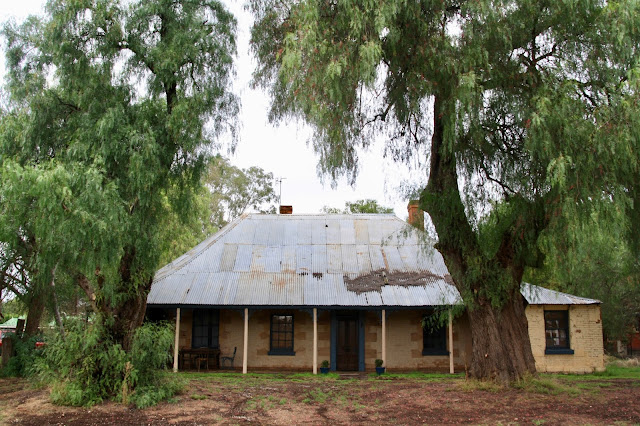 The two giant peppercorn trees out front are probably as old as the building, and they were laden with the most fragrant pink berries. I've had this bunch sitting on my desk for a couple of weeks, but after just now searching for info about the trees,  the internet is telling me they are poisonous and may kill me, so they won't be going in any meals at my place.
My Mum tells me she has been picking them for years and throwing them in a stew and they haven't done her any harm. 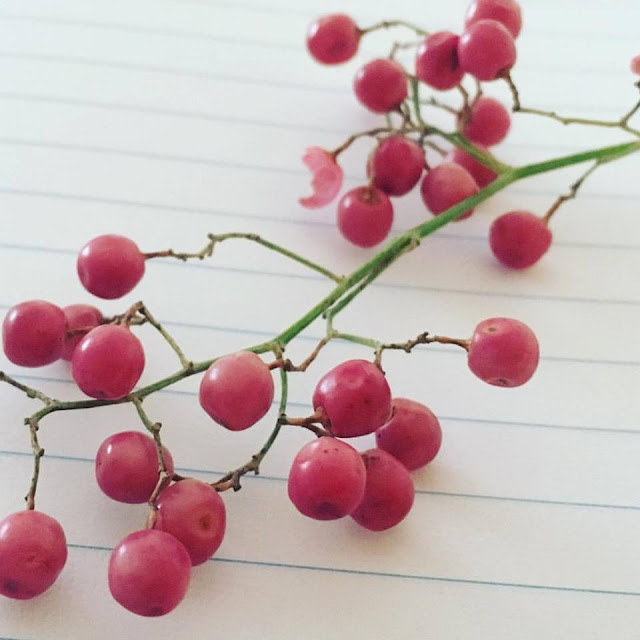 We crossed back over to the other side of the road and took a short walk around Stewart Park, alongside the creek. The track was an even dirt path,  birds were everywhere and it was a nice tranquil part of town to explore for half an hour. 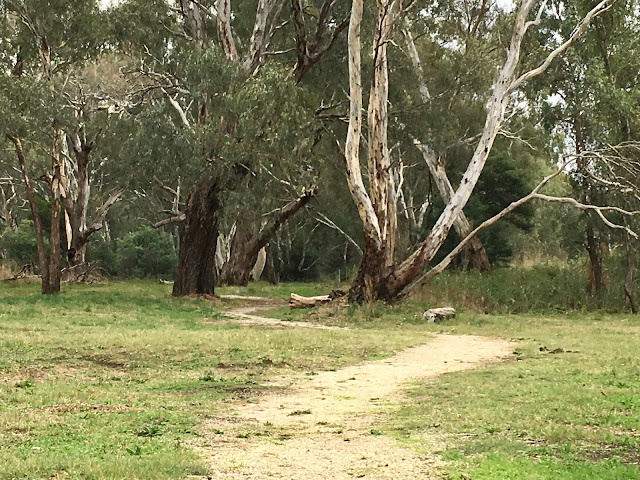 Around town, there were nice old buildings to see, like the Harvest Home Hotel. It's currently for lease - tree change, anyone? 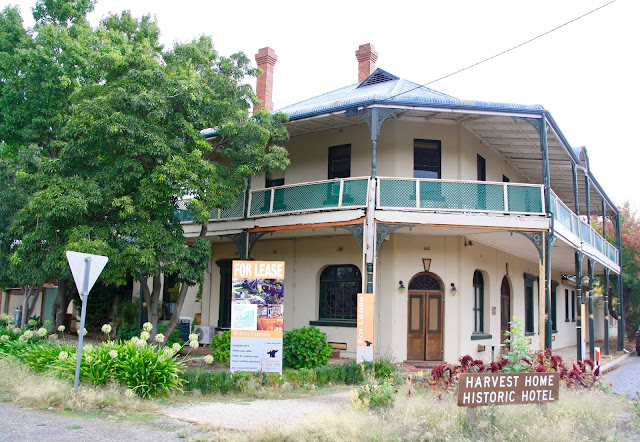 I loved the colours of the the old Grain Store. The peeling paint, faded bricks and ghost signs of yesteryear, all sitting behind a lush, bright garden. 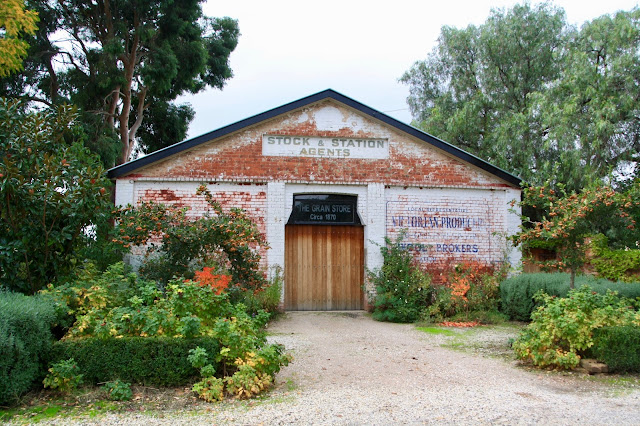 Our last stop, and also Red Kelly's, was the Avenel Cemetery. In the top corner, the Avenel Historical Society has erected a headstone on a gravesite to mark where Ned Kelly's father was laid to rest in 1866. I've been told his actual grave was under the road. 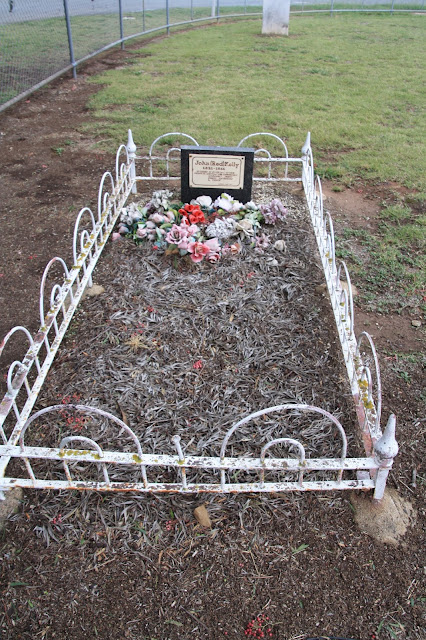 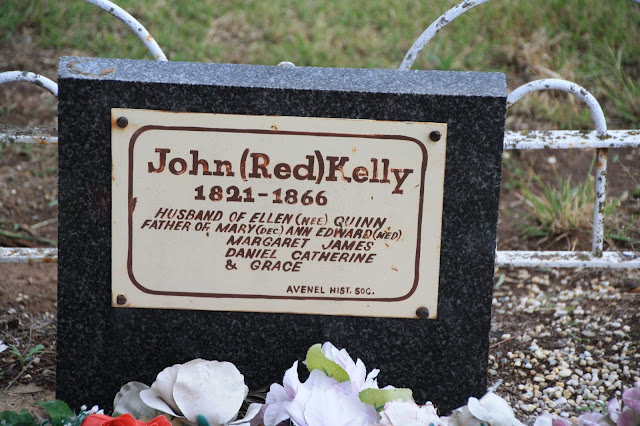 Next door, a park beckoned us with its carpet of crimson and gold leaves. We kicked them, we lay down in them and made leaf angels, we threw them up in the air, we threw them at each other, we took 500 photos of them. They were seriously good looking leaves and we left Avenel with some fun memories of a lovely old town. 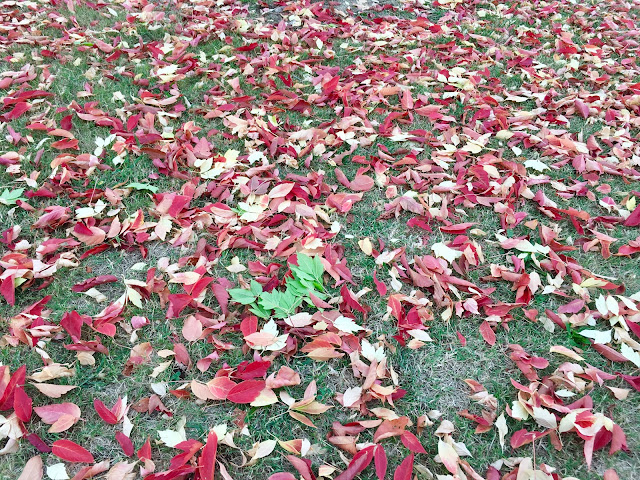 Where:Hume Hwy
When: Daily
Why: Ned Kelly Trail
How much: FREE
Nearby: Avenel Maze
Posted by Gabby at May 01, 2017