Fashionably late, as usual, we left Devonport for the SouthWest corner of Tassie.

First stop was the mural town of Sheffield. We stopped at the Visitor Centre for a stamp before it had opened for the day, but luckily Tilly the Town Cat was there to greet us. She came out from behind a bush and looked at me. I looked at her. She meowed. I meowed. We became BFFs right there and then. She apparently works casual hours (very casual) at the tourist centre and is even featured in one of the town's 140 murals. 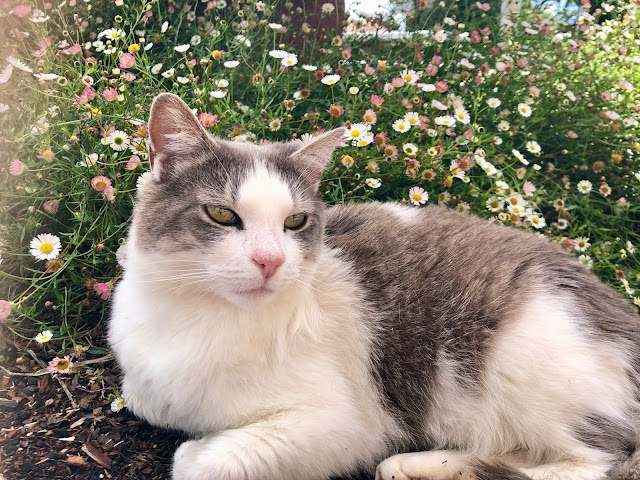 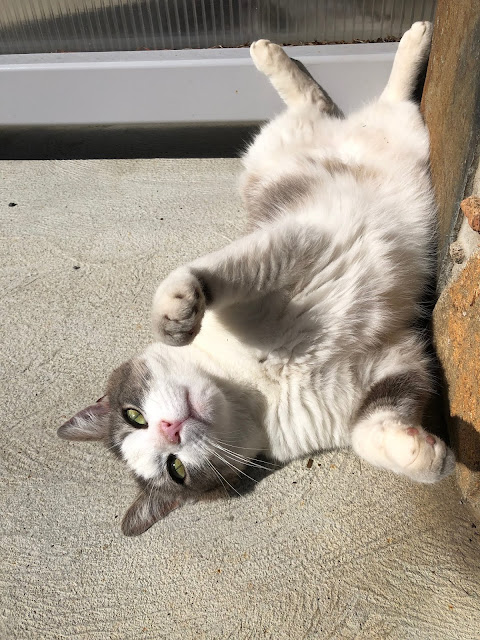 Sheffield has an annual mural festival held in the park, but there are also painted works all over town. My favourite is this one below, Stillness and Warmth. A local man stopped for a chat as we were looking at it and told us the story of how Gustav Weindorfer, the original founder of Cradle Mountain National Park, would shelter wildlife in his chalet during the harsh winters on the mountain.
This local man also told us how he had written a book about Cradle Mountain which featured lots of photos he had taken during his years there (and a whole lot of religious writing). He was in town to pick up a book he had ordered, about Chinese healthy eating. I asked him if the pastie he was munching on was part of the new healthy eating plan. We had a laugh. He gave me a book. I gave him some money. He refused. I gave it to his wife and told them to put it towards the price of their new book purchase. Or another pastie. The choice was theirs. We said goodbye to them and walked along the street a bit more and the man and his wife drove past, giving us a toot and a wave.
Lasting memories of Sheffield and we were only there for an hour. 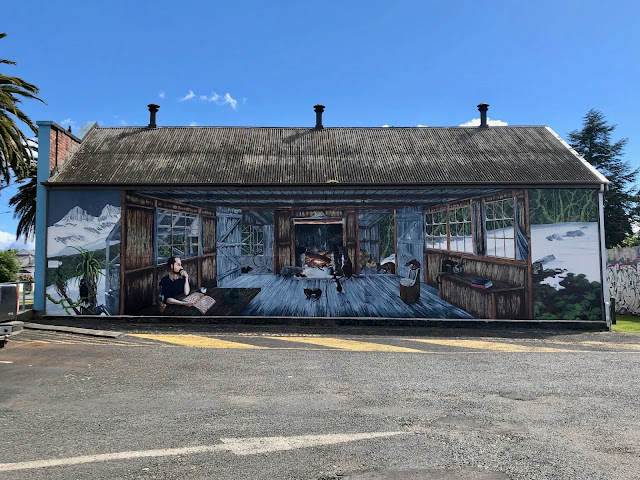 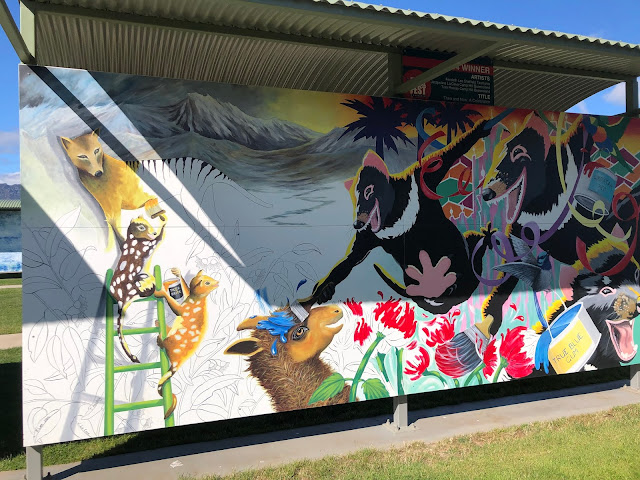 A signpost out the front of the Visitors Centre shows the quirky names of the nearby towns. We set off in the direction of Promised Land. 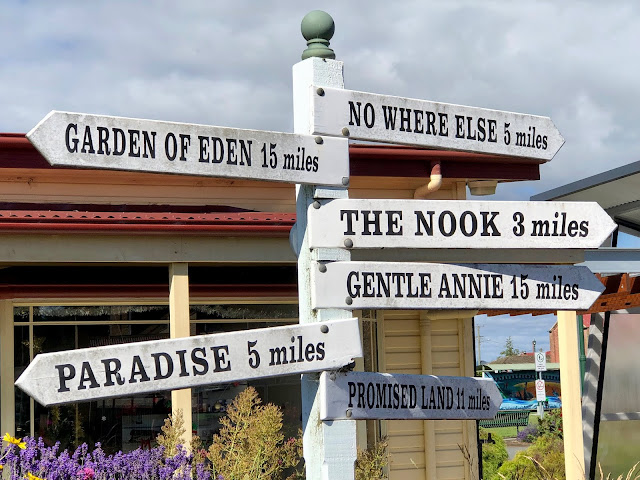 We ended up in New York City. 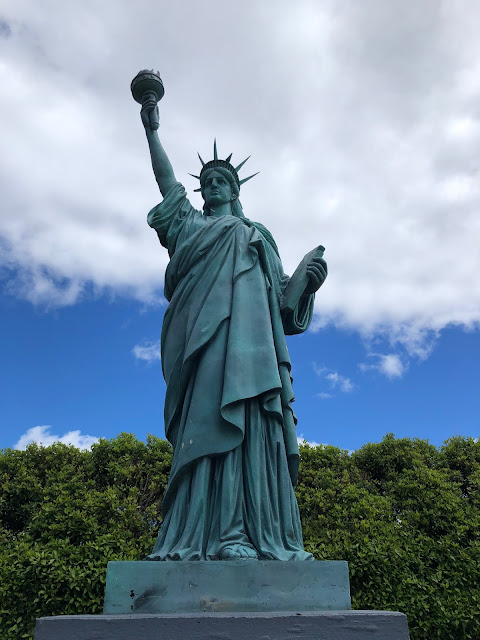 Actually, we were in the village of Lower Crackpot, in the land of Tazmazia. Featuring one of the world's biggest mazes, we spent a couple of hours getting lost, admiring the miniature buildings and having a laugh. 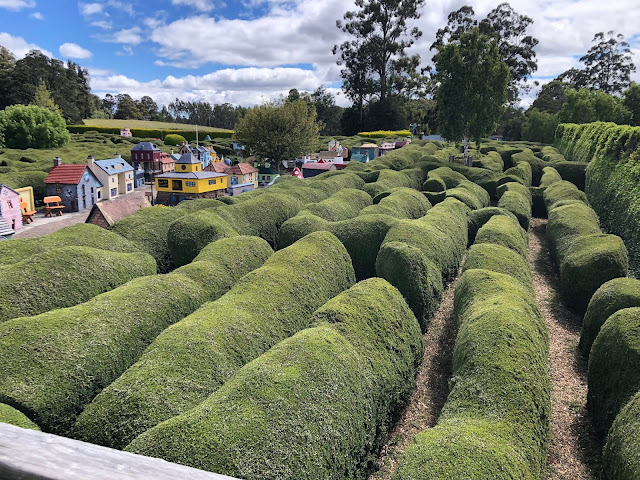 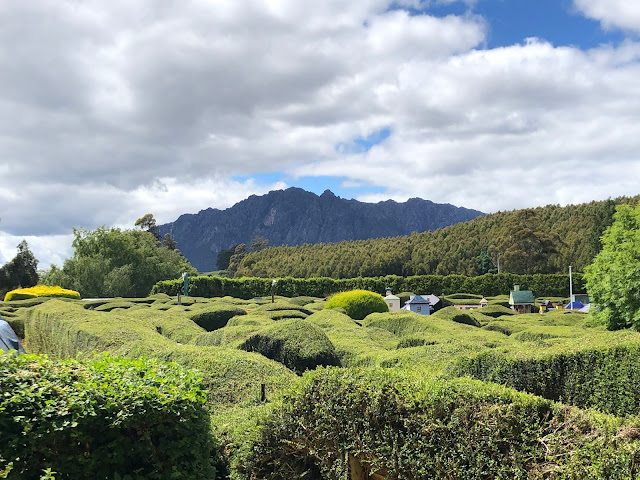 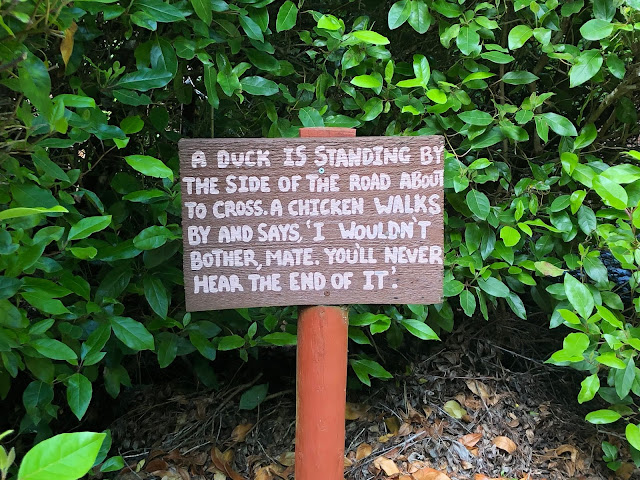 Next stop, Cradle Mountain National Park. We arrived at the Visitor Centre with our prepaid Parks Pass receipt and registered with a staff member. We hopped on a bus that takes you 5 stops on the way to Dove Lake. We could have driven our own car up, but a winding, single lane road up a mountain with tourists and buses coming the other way didn't seem very appealing.
We hopped off at the Enchanted Walk (Great Short Walk) stop and did the circuit through pine forests and alongside a creek. 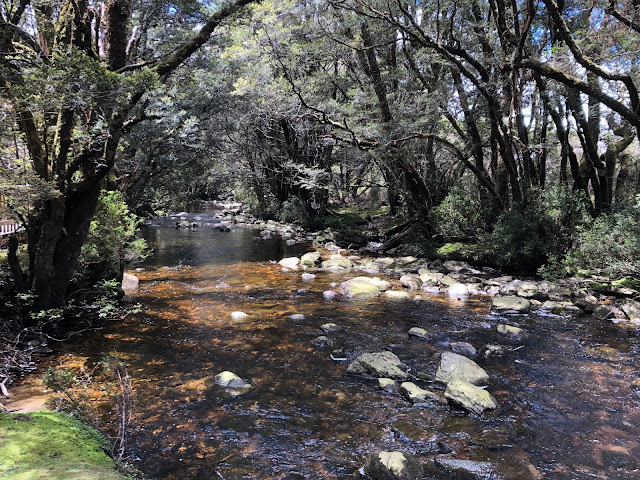 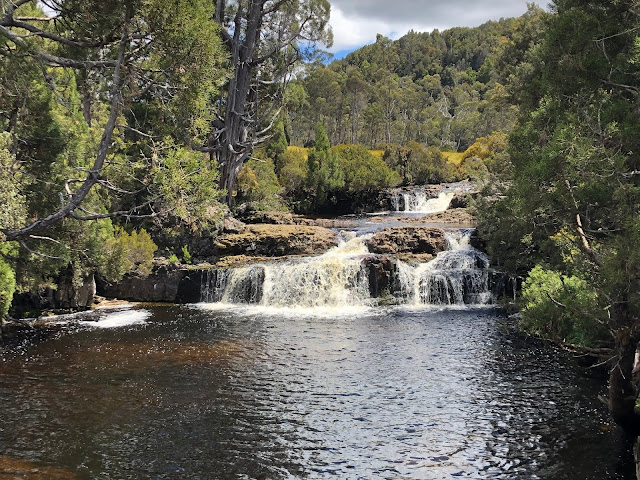 We then did the Rainforest Walk and Pencil Pine Falls... 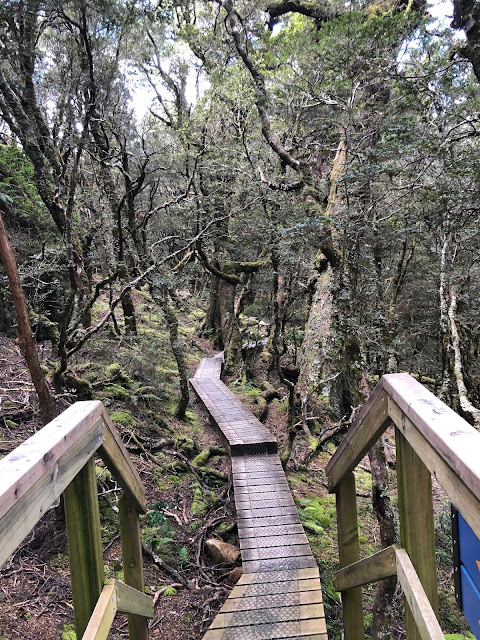 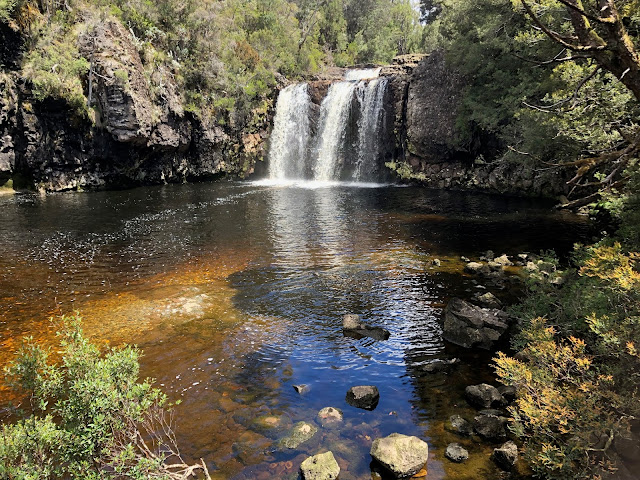 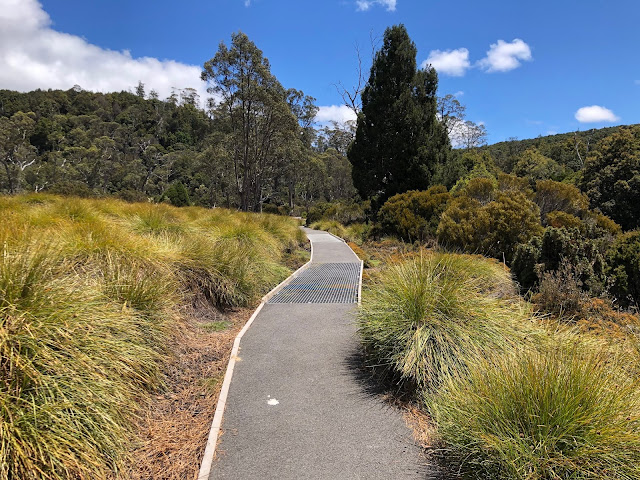 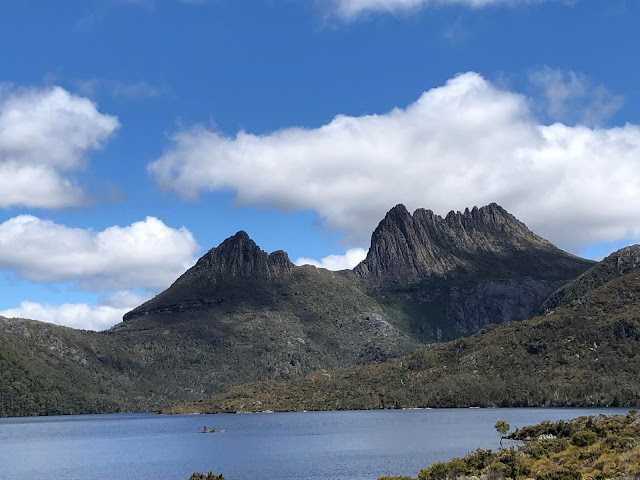 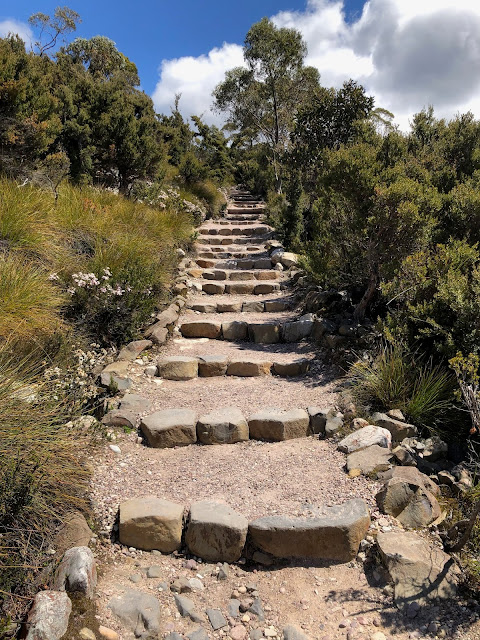 ...and back around to the Boat Shed. 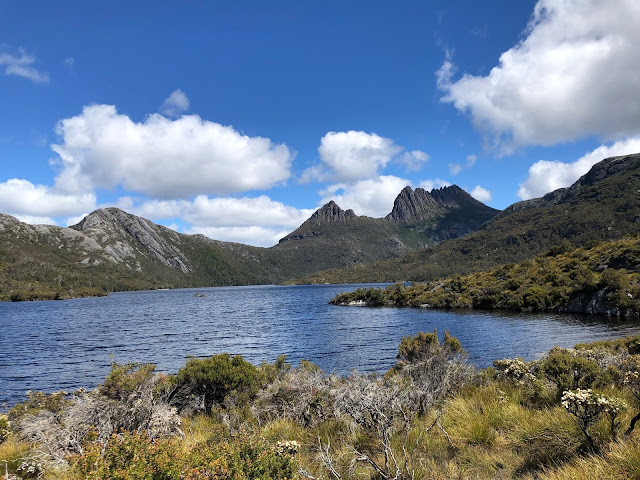 A well-earned ice cream cooled us down before we jumped in the car and began our descent into Strahan.


What: Devonport to Cradle Mountain
Where: Cradle country