Our first morning in Strahan, we woke early...but not early enough.
I read the times wrong for our boat cruise departure and we were half an hour "behind schedule". We made it down to the jetty in the nick of time to board the Gordon River Cruises brand new catamaran, Spirit of the Wild. We were shown to our seats, a comfy booth style 4 seat couch at the bow of the boat. By the time we had departed, the booth next to us was still vacant, so we were able to spread out over the 2 seats and tables. We motored out of Macquarie Harbour, past Hells Gates to Bass Strait, then back in and up the Gordon River. 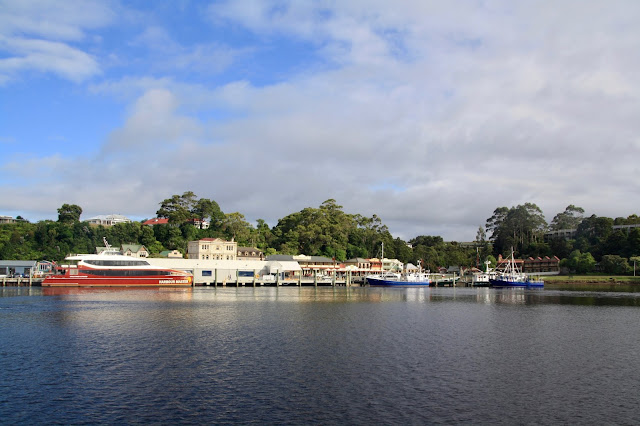 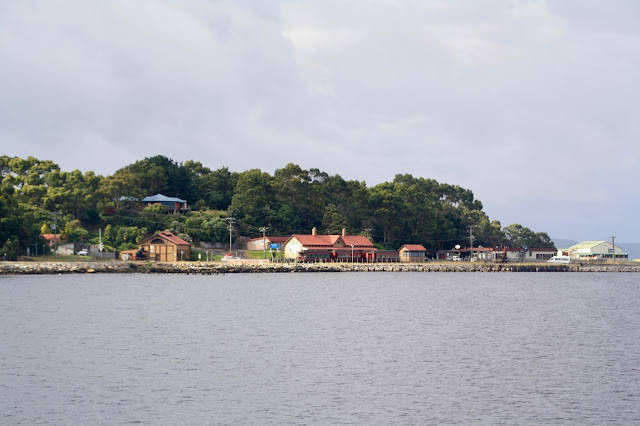 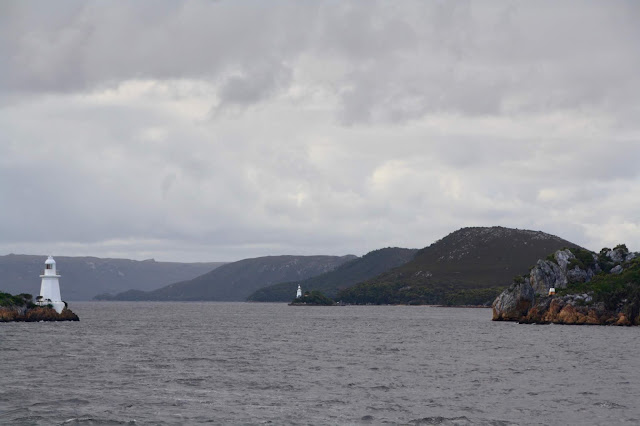 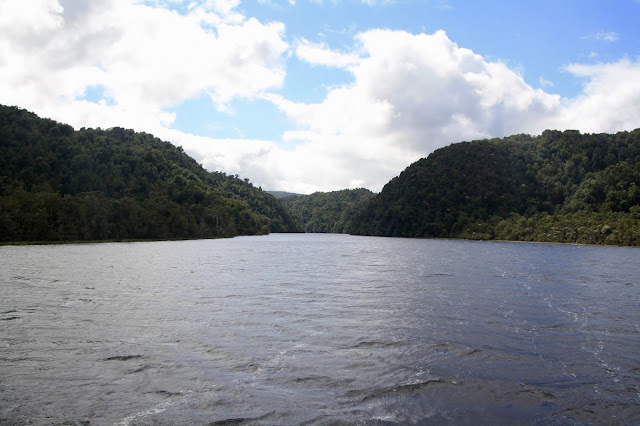 
Unfortunately, a  breeze kept the reflections away that day, but it was still a wonderful cruise. 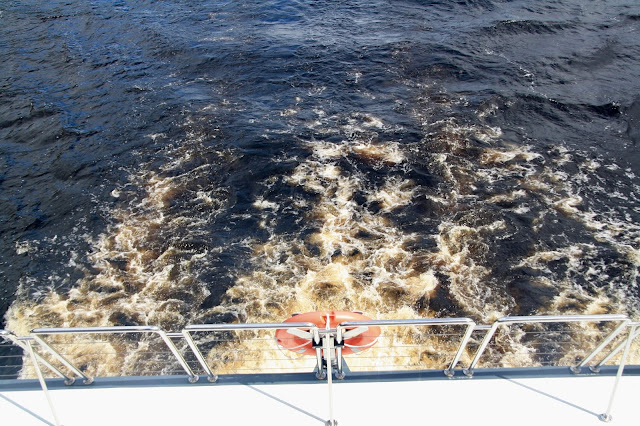 We stopped at Heritage Landing for a short walk along the wooden boardwalk, to see the plants and trees. 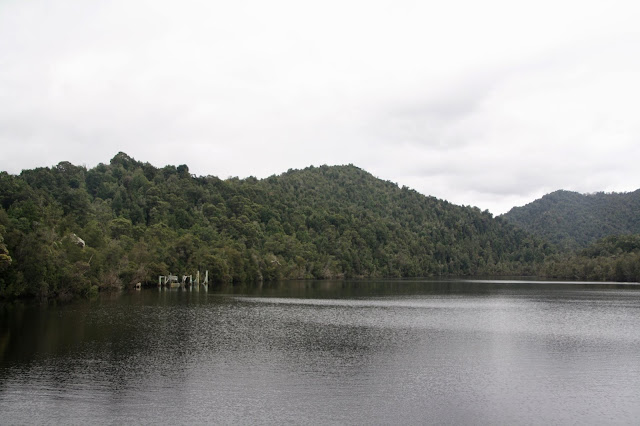 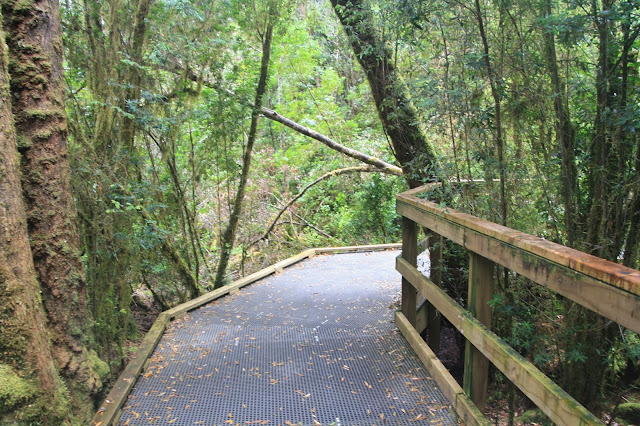 We purchased snacks for morning tea and then lunch was a delicious buffet style feast served during the cruise. A selection of books were a great addition to the cruise, as we could read more about the history of the area. 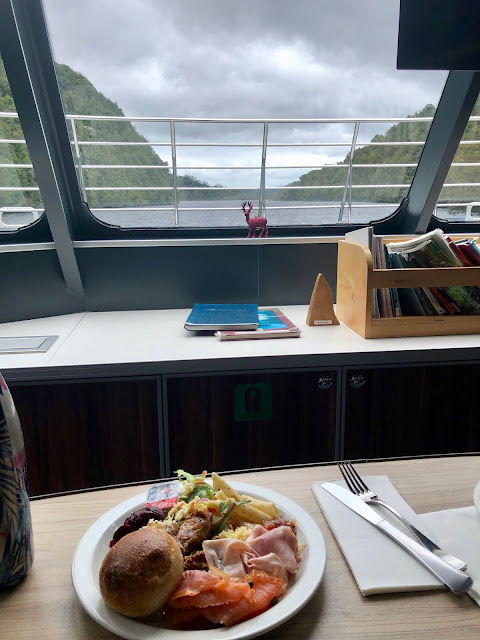 Even the loo had a good view! 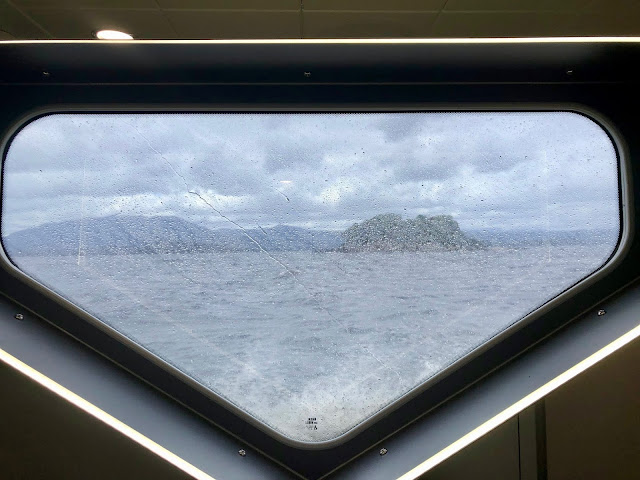 We arrived at the former penal colony, Sarah Island, where we split into 2 large groups and were led around the island by a wonderful guide, who told us the history of the place with a funny and theatrical delivery. 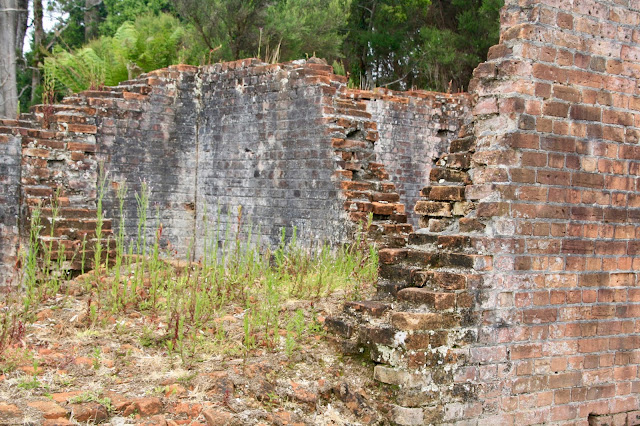 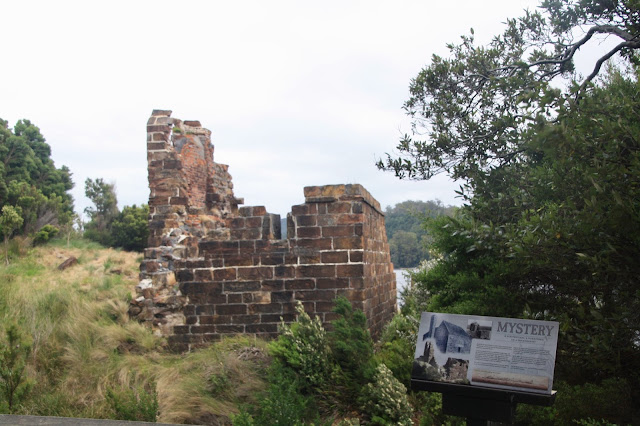 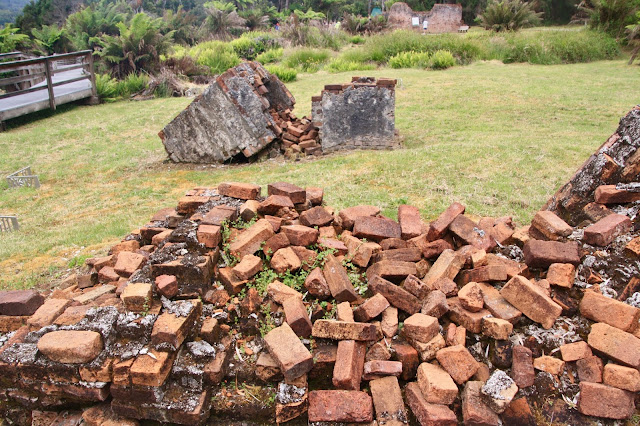 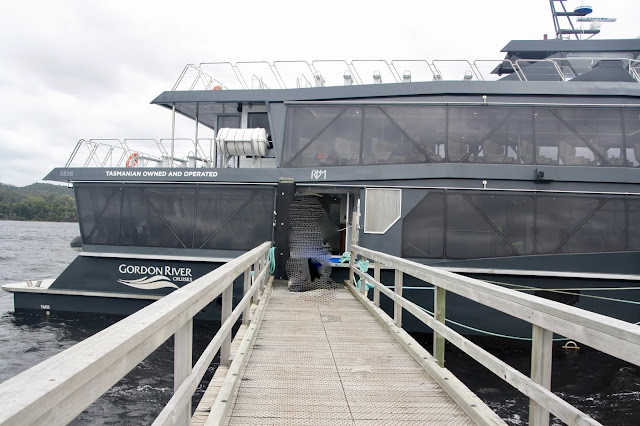 We enjoyed every minute of the cruise, reflections or not, and think it was one of the best outings on our Tassie trip. 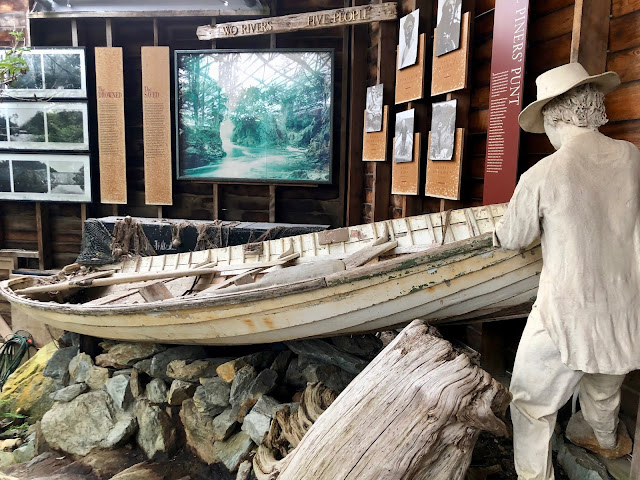 We arrived back into Strahan mid afternoon and went to the Visitor Centre, where we visited a small exhibition out the back. Displays focused on mining, logging, and the Franklin Gordon Dam controversy in the '80's.

We even played a Gordon River version of Snakes'n'Ladders... 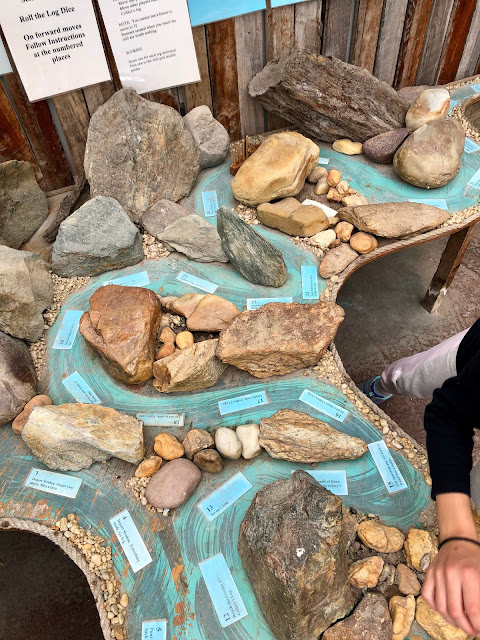 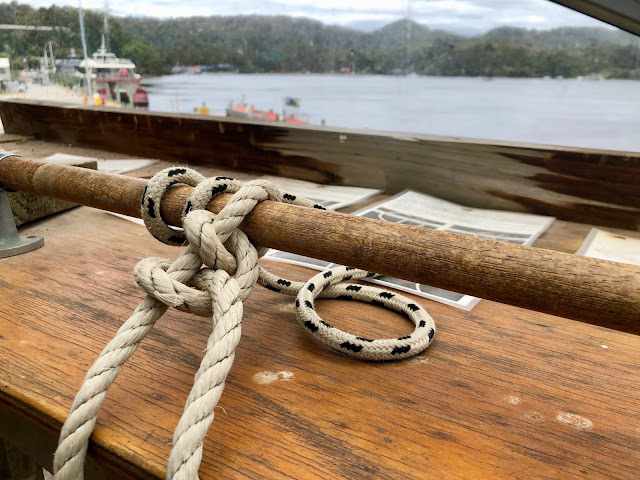 We bought tickets for the long running local theatre production, The Ship That Never Was, (Entertainment Book discount) and enjoyed a funny, informative show about the last convicts of Sarah Island and their final voyage out of the harbour.
The cast of 2 actors, accompanied by an ensemble from the audience, had us laughing hysterically as they trod the boards of the good ship 'Frederick'.
Bravo! 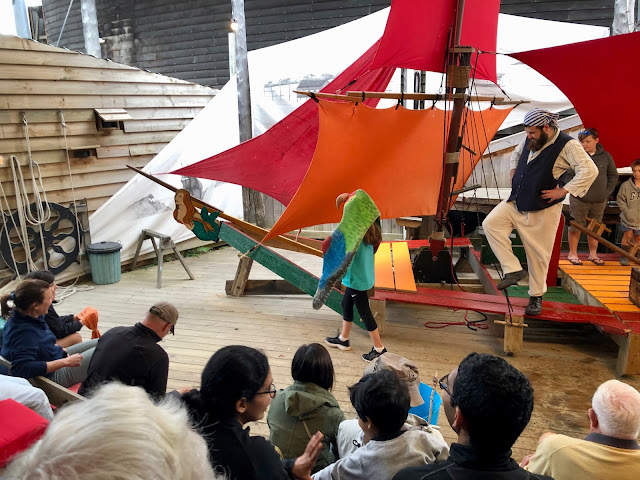 I bought a couple of booklets from the theatre, as well as a novel by Adam Courtenay for some holiday reading at home. 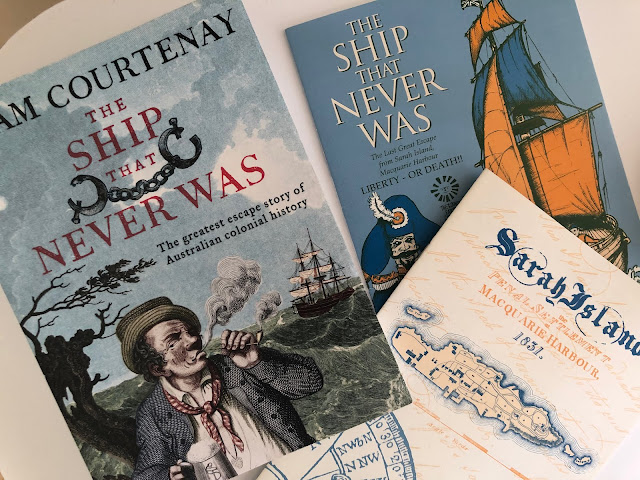