Standing on a wooden platform in the middle of Winter, Arctic winds blowing in your face, looking out into the deep blue ocean for a black speck that may or may not be a whale, might not seem like a fun outing to most people. 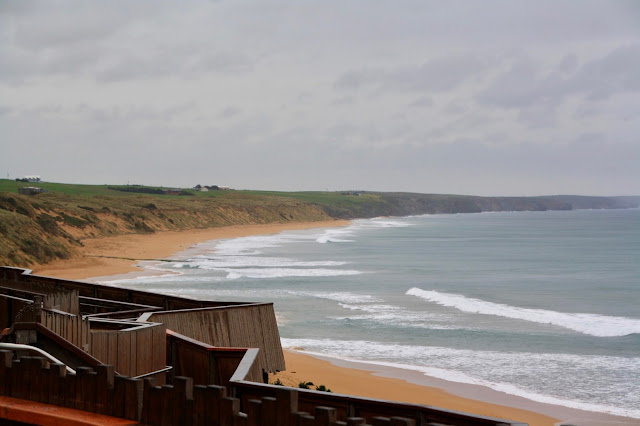 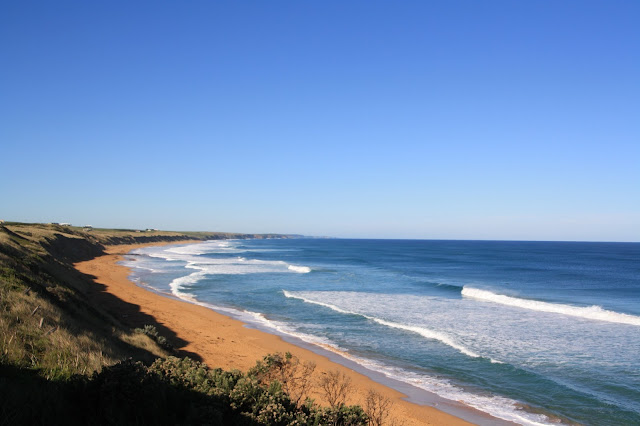 But the minute you do see one of these majestic creatures pop their heads out of the water, you instantly forget the frostbite, the aching bladder, the wrinkles you're getting from squinting out into the distance and your sole focus is watching every move they make. 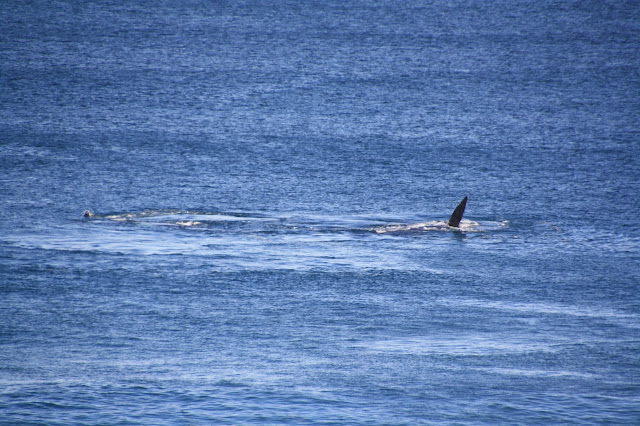 We've visited Logans Beach a few times during Winter and Spring and have seen whales on almost every occasion.  Southern Right Whales use the sheltered waters as a nursery;  giving birth to their calves, nursing the young whales until they are big enough to swim to the colder waters of the Southern Ocean, and then returning a few years later to begin the cycle again. 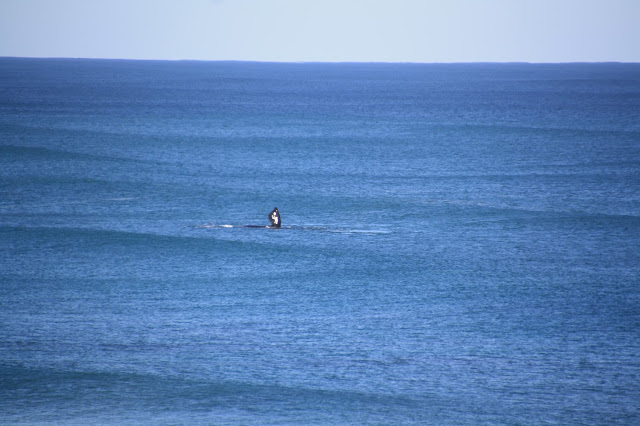 On our most recent visit, we saw 2 cows with calves and 3 males, all very close to the beach and putting on quite a show -  for the whole weekend.
A volunteer whalewatcher, Pete, was giving us excellent information on the whales. Some were known to him and he spoke of particular whales like "Tripod" and "ThinLip", who he had been watching for years . The calves were approximately 29 days old and would stay in the area for months. 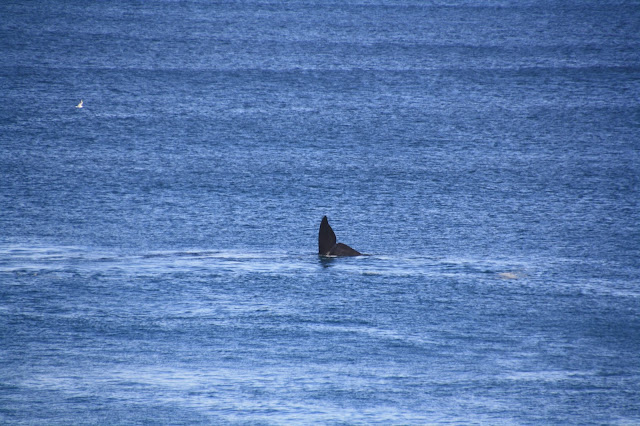 The whales showed off with their repertoire of moves. Spouting water, rolling over, waving fins and tails in the air. 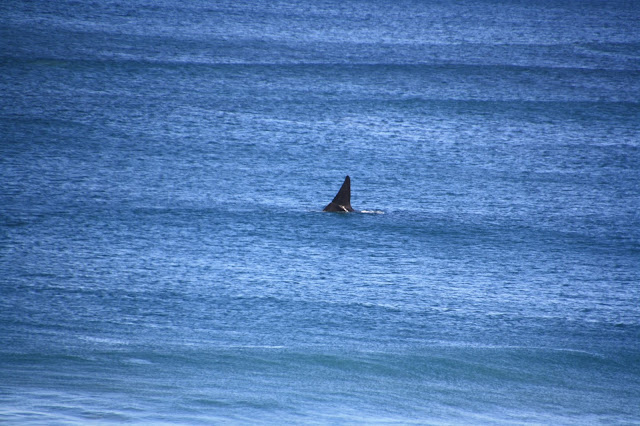 It was mesmerising and we couldn't tear our eyes away. 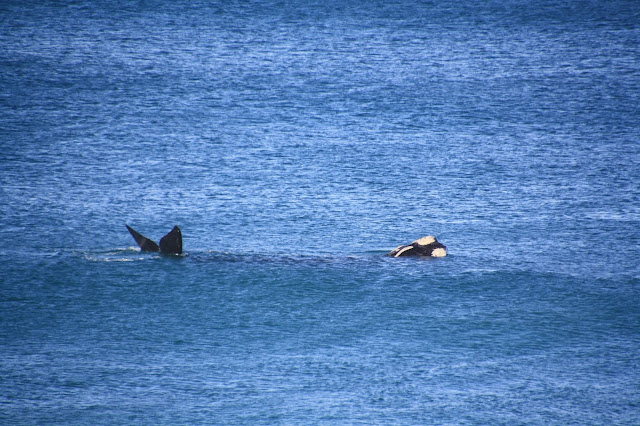 The unmistakable v-shaped spout of water from a Southern Right Whale drew oohs and aahs from the crowd. 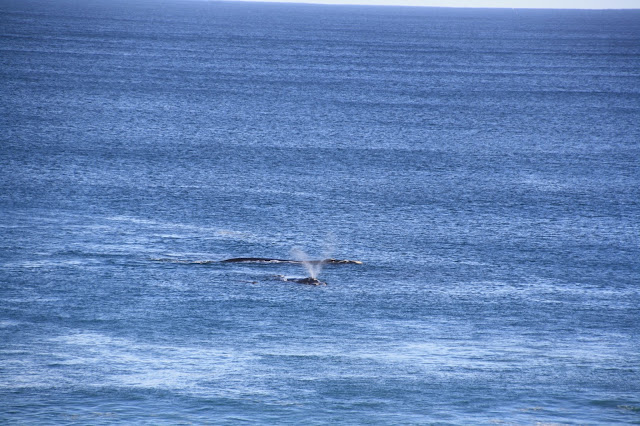 The surfers waiting for their next break had plenty of company out there... 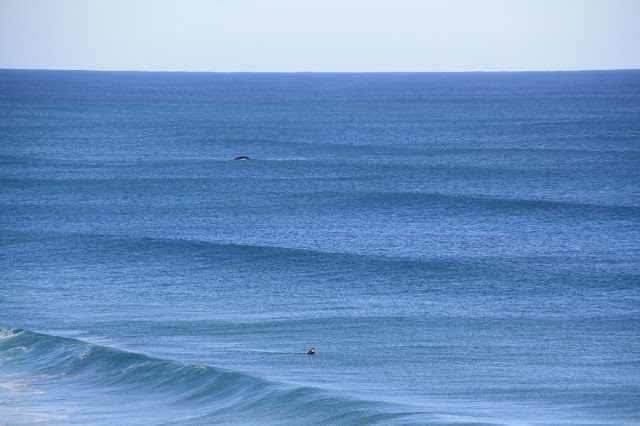 ...and some friendly competition, as a cow and calf bodysurfed the waves just a few hundred metres off shore. 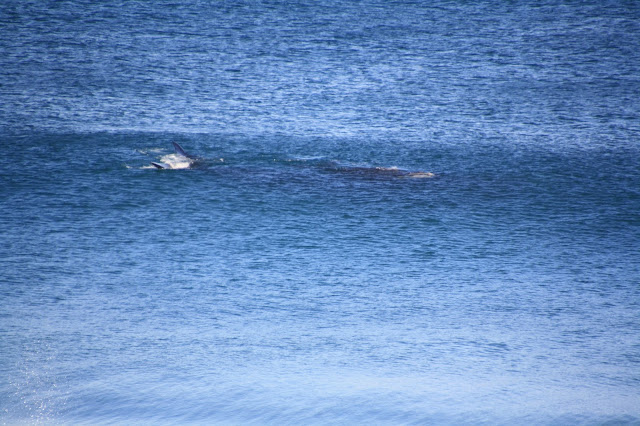 What: Logans Beach Whale Nursery
Where: Warrnambool
When: June - September
Why: Whales
How much: FREE to watch