So whose bright idea was it to climb up a mountain on my day off? Oh, that would be me....
It was a beautiful crisp, sunny morning last week when we took on the 1000 Steps.
At least we planned to. 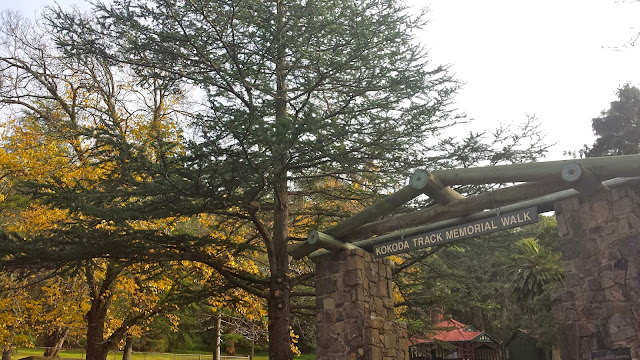 Then we took a wrong turn and ended up walking up a track with steps alongside it. They seemed a bit...big...and there was no handrail mentioned by friends...
There was a lot of steps, but we didn't count them....and the track was very steep. There were more people walking down the track than running up the steps.
I was dazed and confused at this point.
Turns out we were walking up Lyrebird Track, a 2.5km ascent to One Tree Hill, which meets up with the 1000 Steps at the top. 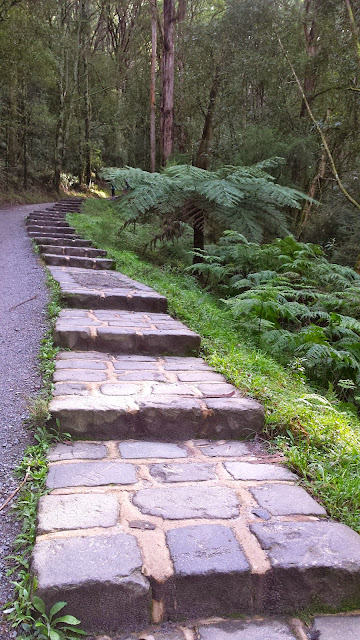 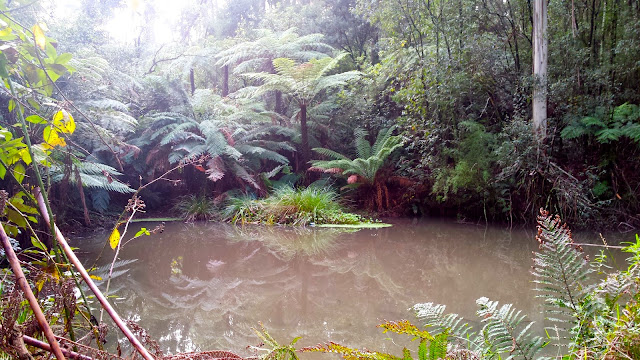 We got to the top. Eventually. I was moaning and groaning the whole way. Also stopping to take photos. Posting on Instagram. Checking Facebook.  Anything to get out of taking one. more. step.

Then we began the descent down the 1000 steps, which was a beautiful 1.8km walk amongst the ferns and tall gum trees. Crimson Rosellas were feeding along the path and we could hear cockatoos and bellbirds in the forest.
I had to admire the people tackling the arduos climb - some were running, some went up and down a couple of times as we came down.
OMG - I was exhausted just looking at them.

The whole walk took us about 90 minutes. We weren't rushing - obviously - and it really was a nice outing once my heart rate steadied, my lungs felt like they weren't on fire anymore and my jelly legs returned to normal. :) 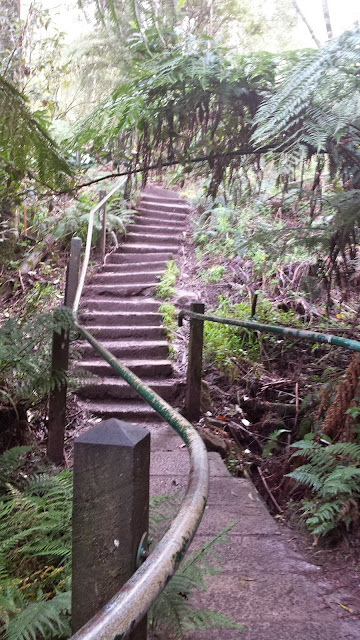 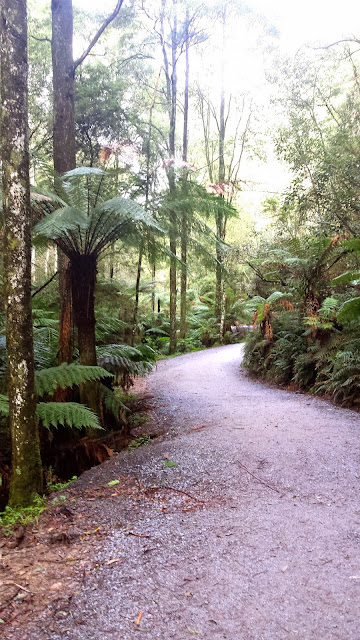 There are a few monuments and information plaques along the way, telling the story of the troops that braved the Kokoda Track in PNG and the local Papuans, 'The Fuzzy Wuzzy Angels',  who were such a great help to them in the dense jungles during wartime. 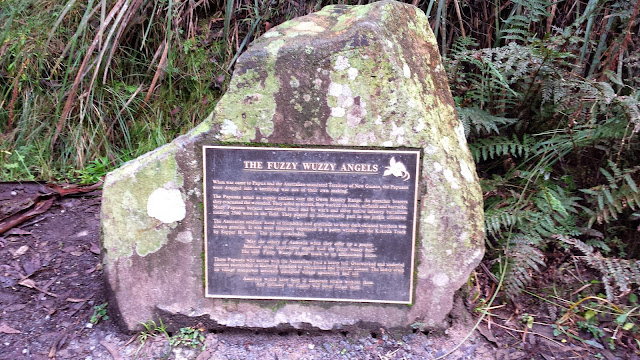 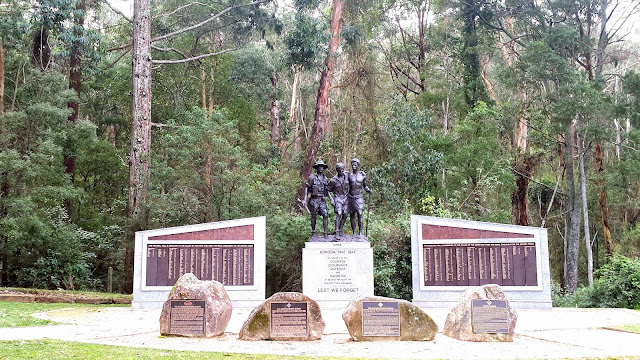 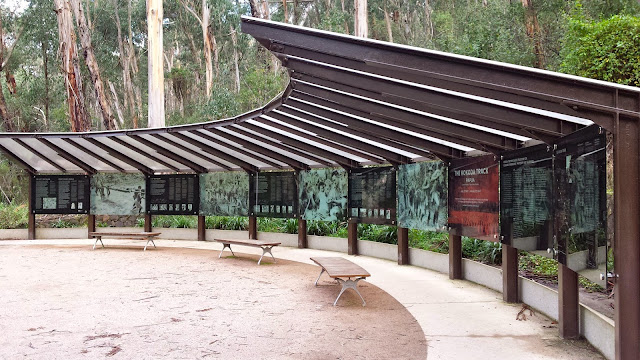 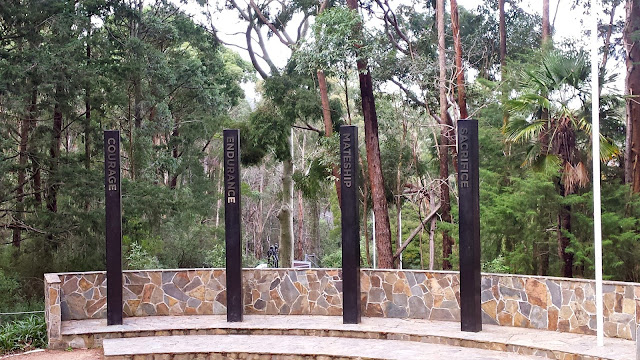