There's something eerie about old abandoned buildings and machinery.


Like old farmhouses, where animal and farm noises would have emanated; or jails that would once be filled with the sounds of voices and clanging doors; and old machinery that would have at one time been incredibly loud - but now stands in silence.


Just out of Maldon, in Porcupine Flat, we spotted this old machinery on the side of the road, the Dredge and Dragline. 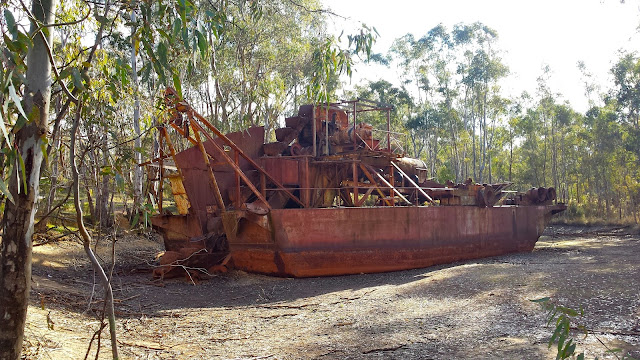 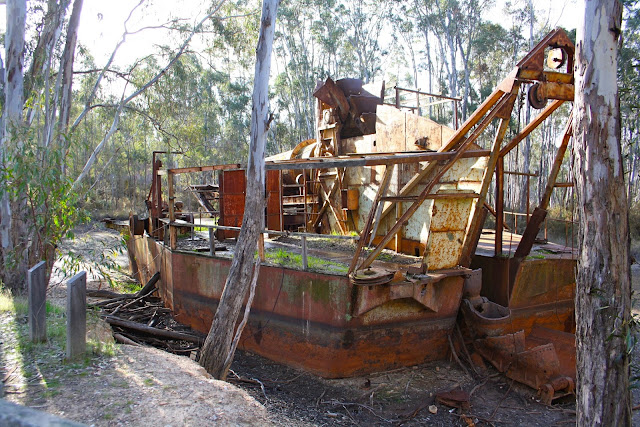 The giant dredge was once used to dredge the Porcupine Creek, to rework the mining site that had previously been foraged by hand. It now sits in a dry dam, rusted and vandalised. 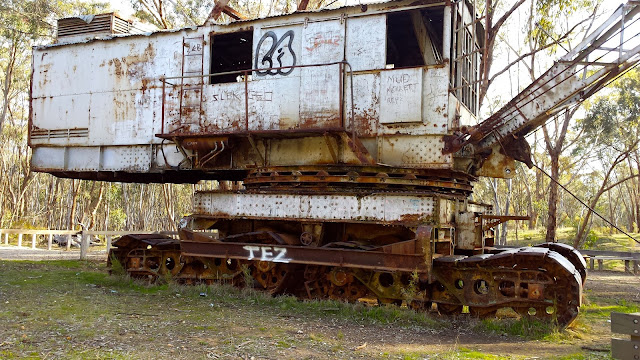 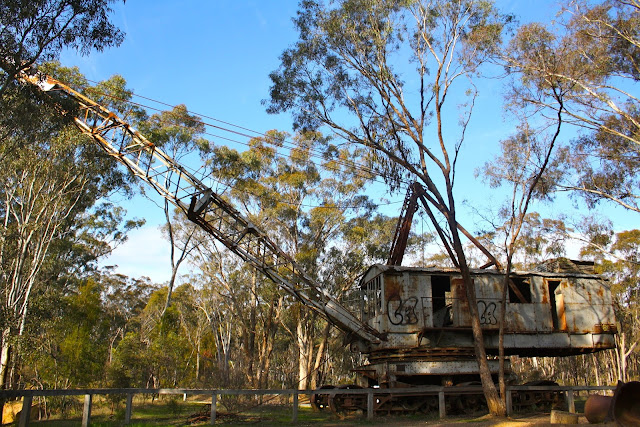 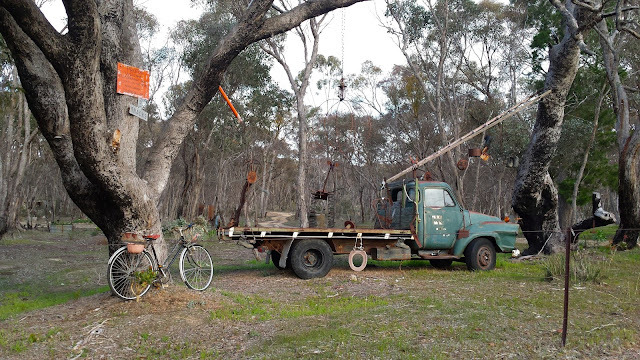 These old Quartz Kilns near Carman's Tunnel, were built in the 1800's and used to roast the rocks and make them brittle enough to be crushed more easily. They ceased operation in about 1900. 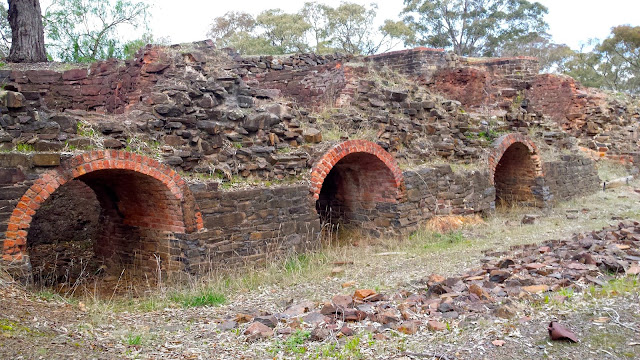 These places may be abandoned, or no longer buzzing with activity, but they have a kind of still life appeal to them and are worth a look if you're in the area.
What: Mining Relics
Where: around Maldon
When: Daily
Why: history, goldmining
How Much: FREE
Nearby: Carman's Tunnel