There are two types of people in this world. Those that go for joy flights in  tiny planes  and then jump out of those perfectly good planes once up in the sky; and those that keep their feet firmly on the ground and play mini-golf.

This place caters for both. Phew!

Mini golf is our go-to activity on roadtrips and weekends away. There’s one in just about every big regional town, with most of them having some kind of local theme. 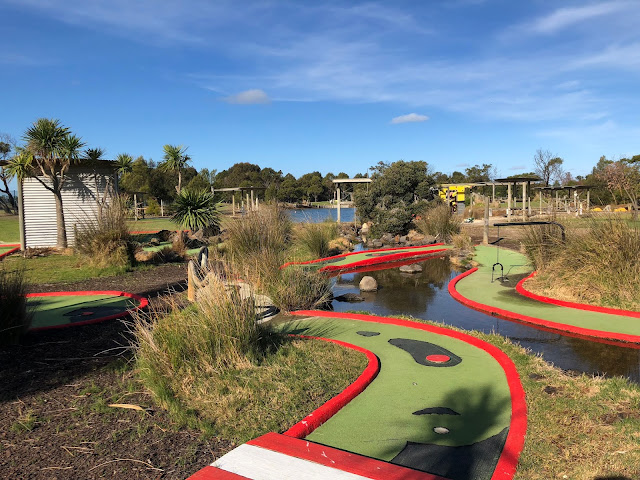 This adventure park had not just mini-golf, but canoes and paddle boats, volcanoes and pirate caves. 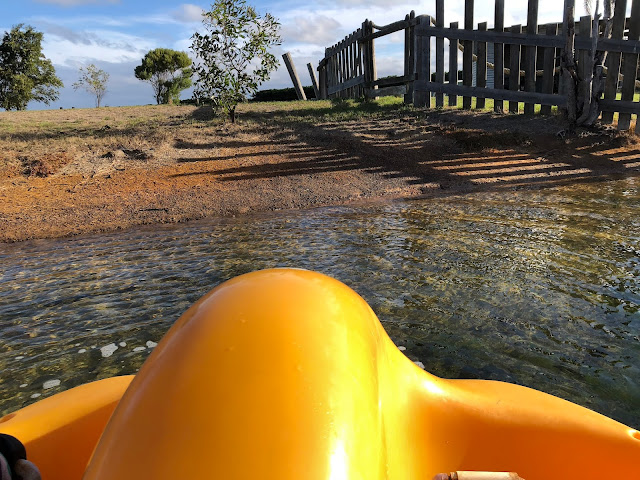 There was a bit of construction going on, but we managed to avoid the area where the heavy vehicles were working. 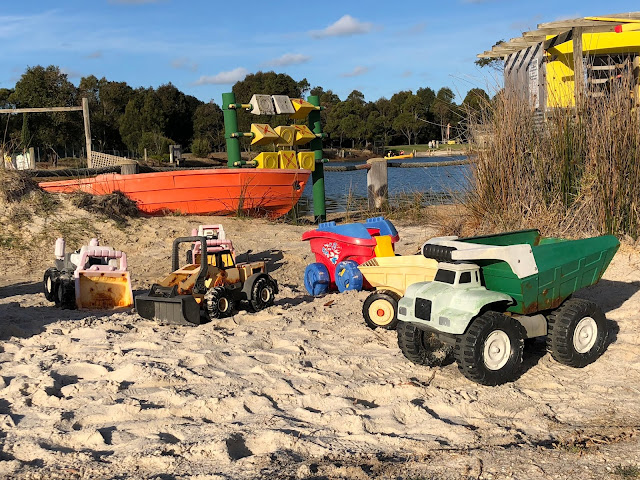 We spent a couple of hours mucking around in the park, putting and paddling, before heading over to the Tiger Moth World buildings. 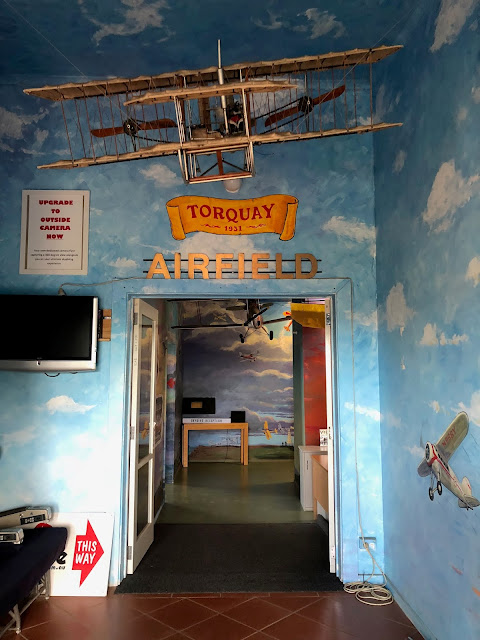 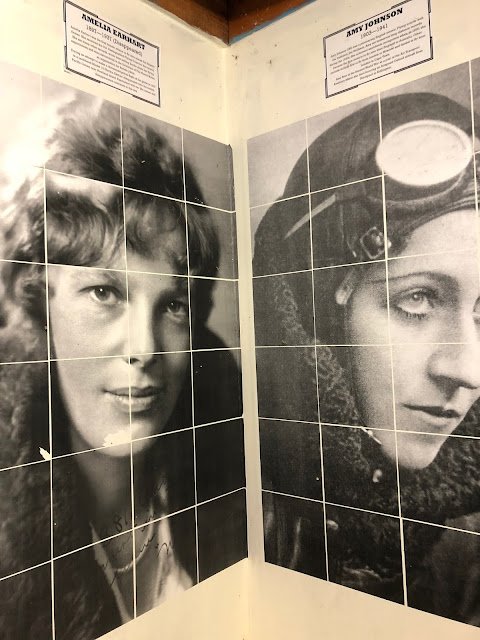 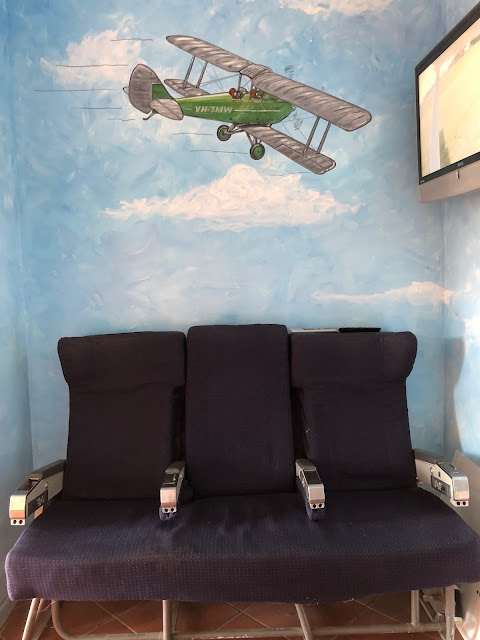 Part museum, part active airport, the office buildings were decorated with aviation memorabilia and the hangar housed a lovely old Tiger Moth as well as another small aircraft. 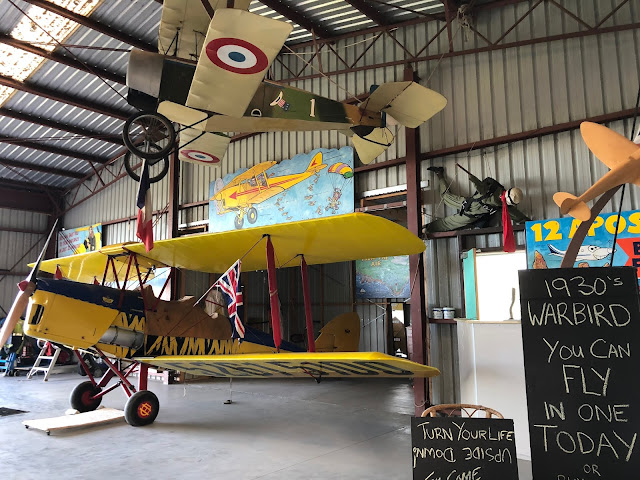 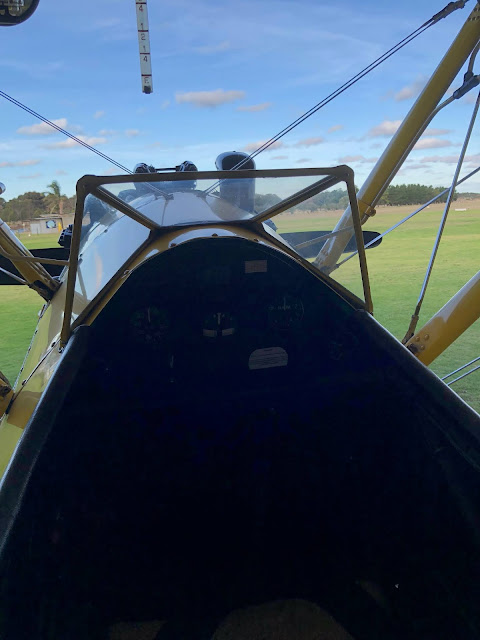 We’d seen the plane take off with about 10 passengers and watched as it climbed high in the blue sky. Then, little coloured dots appeared.

Some kind of Wiggles advertising? 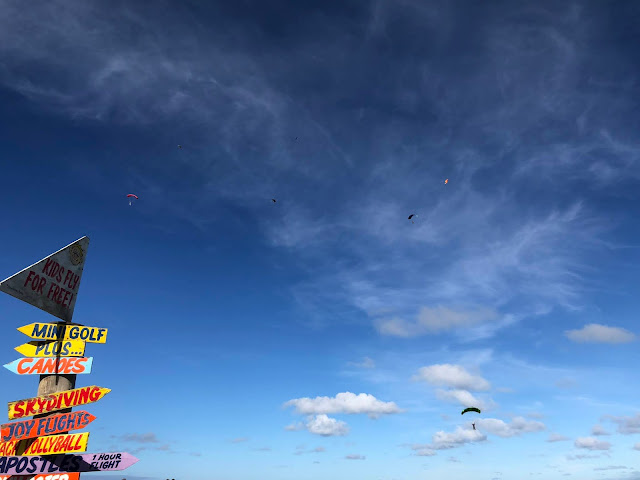 No, the people on the plane had jumped out of the plane and were drifting across the wispy clouds like leaves on a breeze.

Their coloured parachutes turned this way and that, as the air currents and gravity pulled them slowly down to their destination. One by one, they landed in front of us, huge smiles on their faces and excited chatter filling the air.

Once the jumpers had cleared out and the plane was tucked up in the hangar, another punter turned up and it was the Tiger Moth’s turn to do its thing.

Up they went, twisting and turning, loop the looping, put-put-putting  back down onto the landing strip.

Looking like something out of an old wartime movie, the pilot and his back seat passenger hopped out of the plane, grinning from ear to ear.

We had just as much fun at the adventure park, right?