An hour from the city, Hanging Rock is a great destination for an outing on your day off. 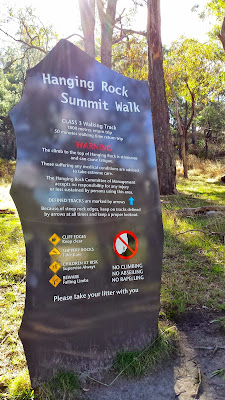 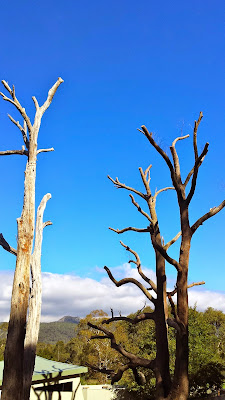 The Discovery Centre is a good starting point,  with lots of information on the origins of the rocks and the local area.
Easy walking trails around the rock formations lead to picturesque views across the Macedon Ranges and valleys below.

Look up for koalas and birdlife in the treetops along the trail, and the Hanging Rock itself  which hangs directly over the path. 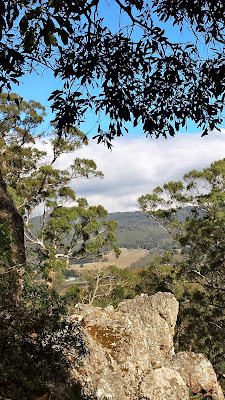 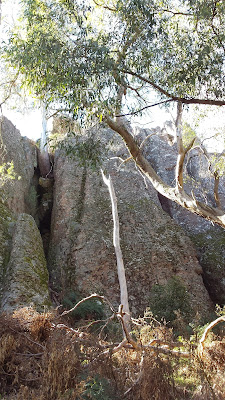 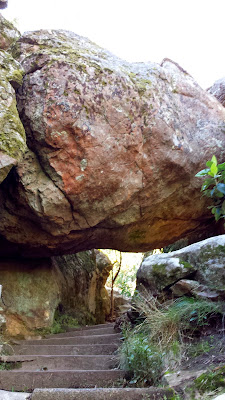 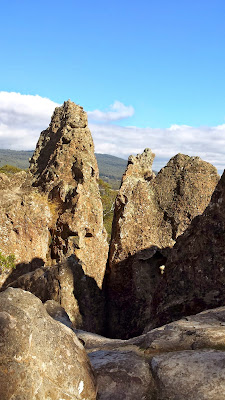 At the picnic grounds, a 200 year old Manna Gum damaged by lightning, has been beautified with carvings depicting the lost school girls from the acclaimed film, as well as native flora and fauna and other local icons.

Pack a picnic lunch (a picnic at Hanging Rock is compulsory, in my book) and spend a few hours exploring the reserve.
Kangaroos and wallabies are plentiful and we also saw a couple of guys taking their llamas for a walk. Seriously. 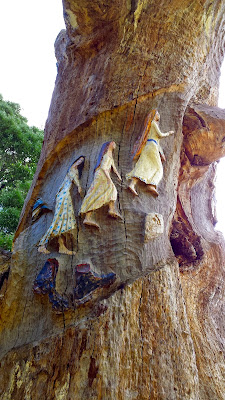 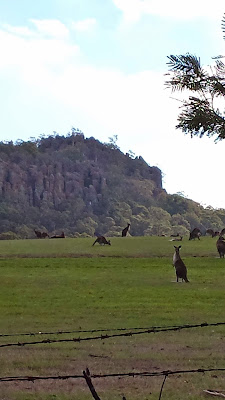 What: Hanging Rock
Where: South Rock Road, Woodend
When: Daily 9am to 5pm
Why: Nature, walks, wildlife
How Much: $10