The first time I heard of this Museum, was when a news report showed the sawn off cockpit of a 737 getting trucked along the highway, enroute to its new home in Moorabbin. The ex-Kangan Tafe aviation training aircraft was ready to be scrapped, when the ANAM scored the cockpit, forward section and both engines.
The newest exhibit at the Museum, it takes pride of place at the front of the site. The fascinating gallery of photos shows the entire plane getting stripped back. 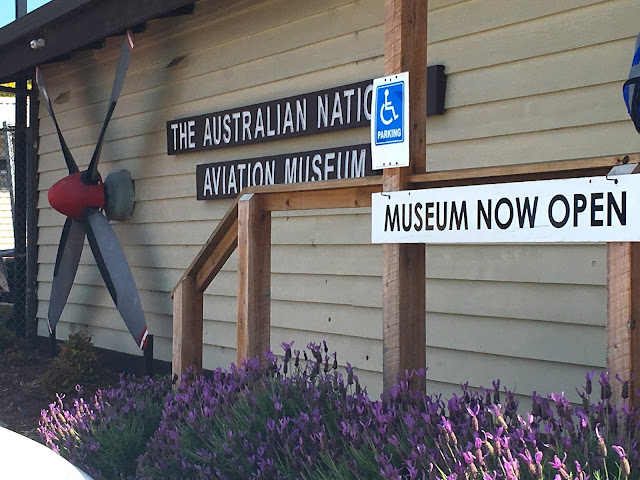 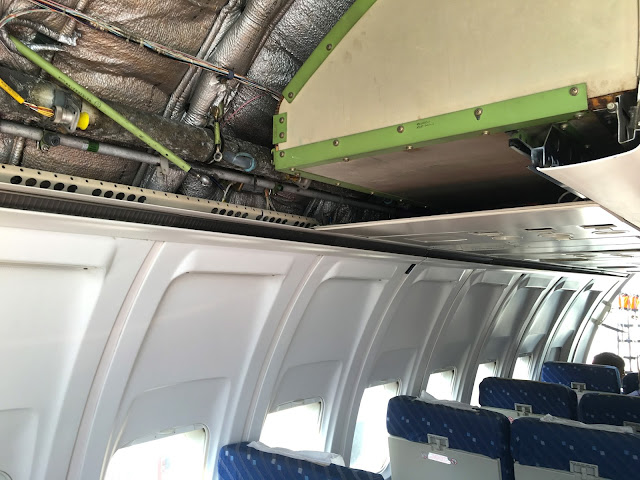 The main display hangar has an assortment of aircraft, in colour coded displays signifying the theme of that particular category. From pioneer flying machines and wartime planes, to recreational and civil transport. A free interactive guide is also available. 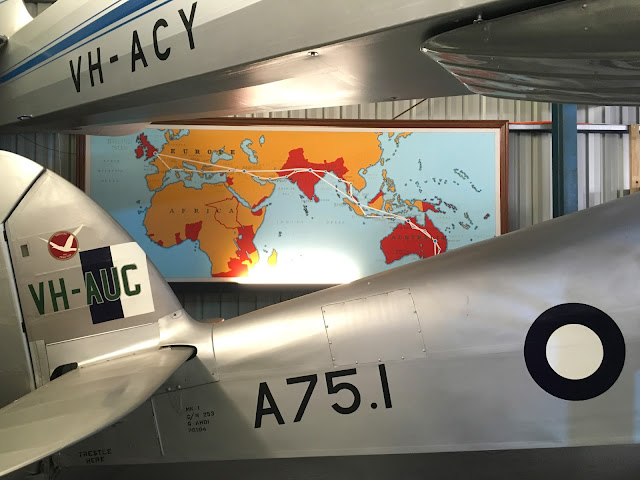 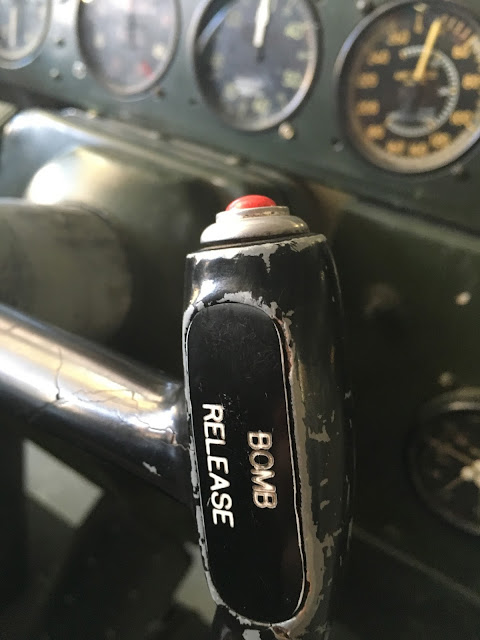 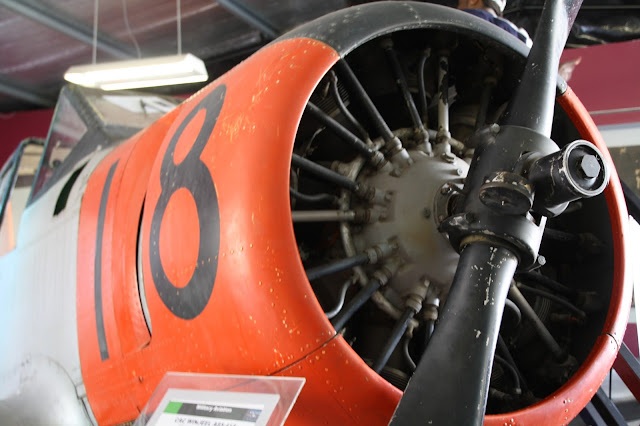 I wonder if I could mow my lawn faster with that Victa plane... 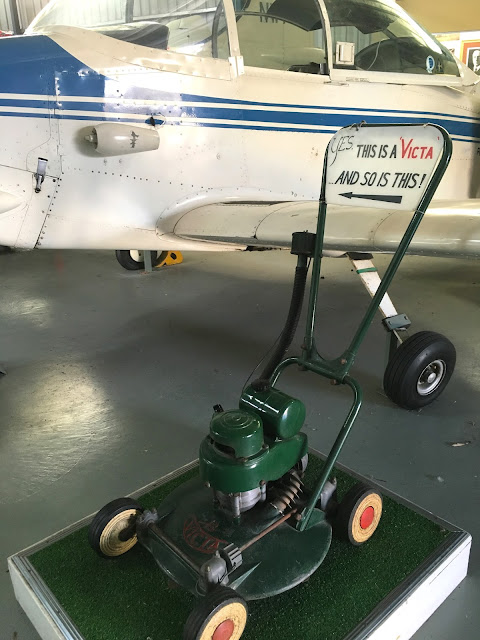 Outside, a range of aircraft sit on display around the main hangar.
I really enjoyed seeing the old commercial aircraft from our two former national carriers, TAA and Ansett. 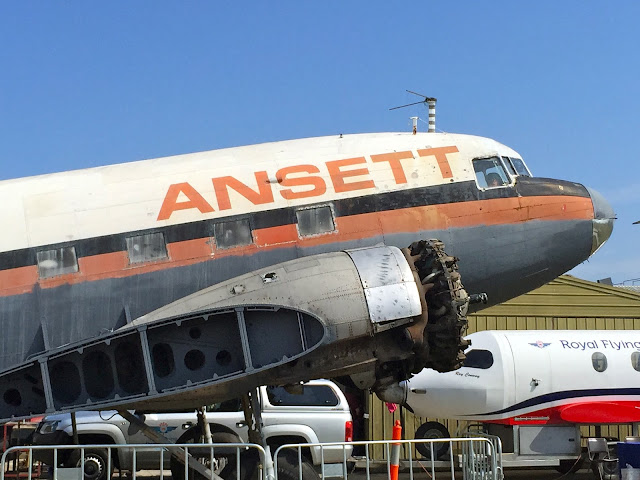 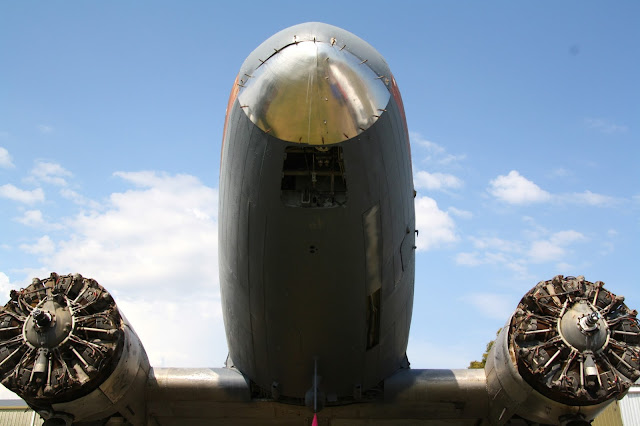 This TAA Vickers Viscount was built in 1958, and during its early years was sent to Cuba, and occasionally used for Castro's flights.
In its later years, it had an uber cool gig - as the Wobbie's World plane!!! 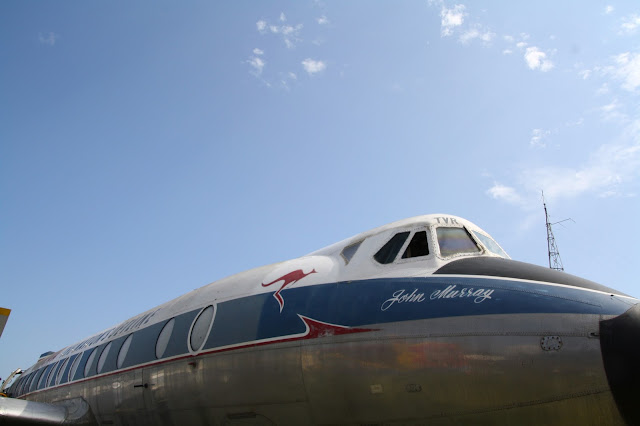 With over 50 aircraft on display, the Museum is a great place to spend a few hours admiring the magnificent flying machines and reading the stories behind them.
The Museum is the oldest volunteer based aviation museum in Australia and holds events during the year, such as Open Days and Jumble Sales. 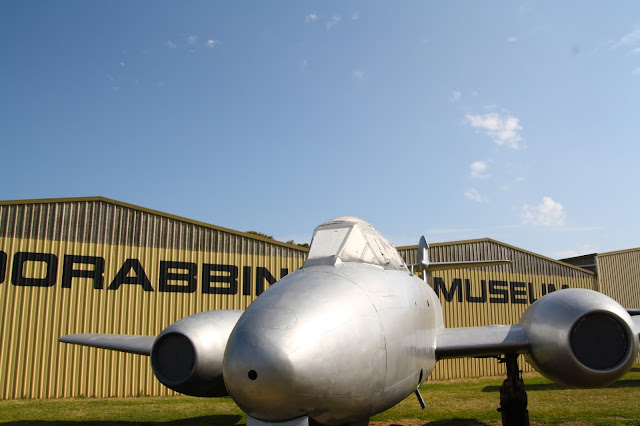 What: Australian National Aviation Museum
Where: Cnr First and Second Ave, Moorabbin Airport
When:  Mon-Fri 10-4, Weekends 10-5
Why:aviation, history
How Much: $10
Posted by Gabby at October 17, 2015