We recently booked a guided tour of Rod Laver Arena and Margaret Court Arena and tennis court hire.
Our morning began at the Tennis Pro shop, where we picked up our racquets and balls and set off to the outside courts for a hit. 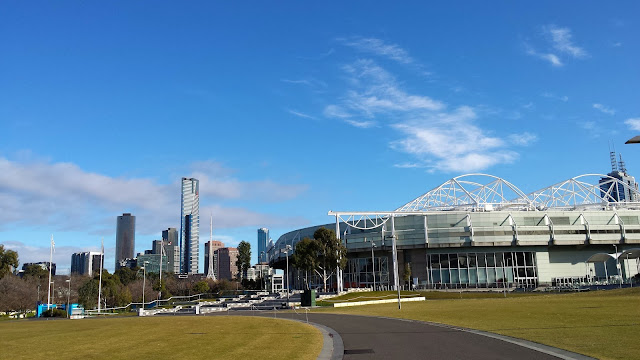 Melbourne turned on the blue sky to match the Plexi cushion surface of the courts. 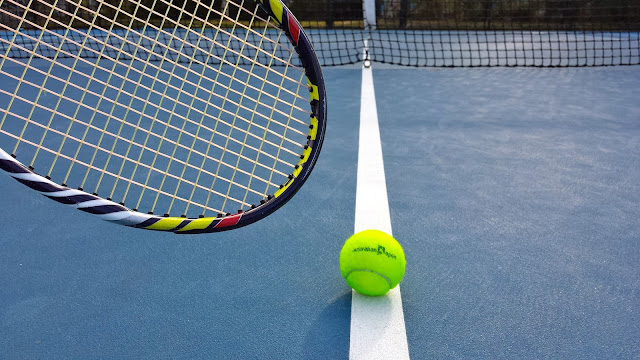 The crowd cheered when I hit an ace. 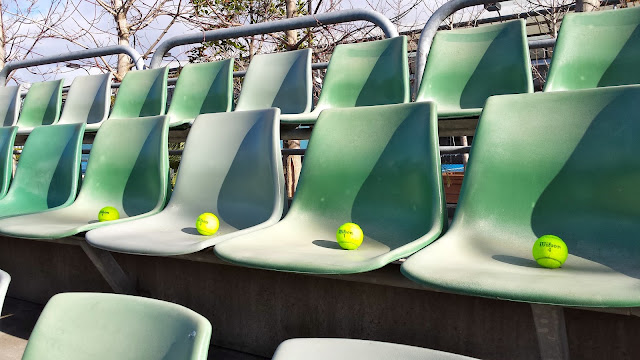 We joined the small group on the tour and our friendly guide took us exploring. 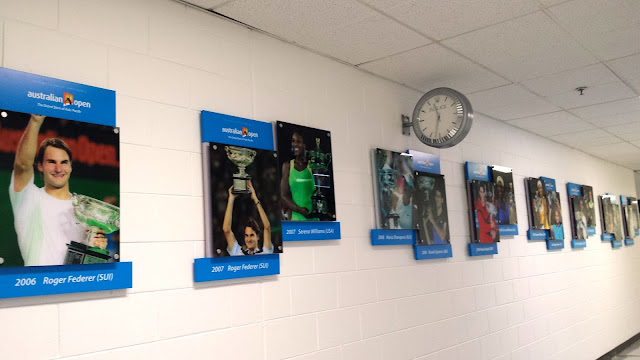 The player change rooms were our first stop. You can just imagine the atmosphere in the place when the final 2 of the Australian Open are preparing to head to Centre Court. Some of the players have their favourite locker that they use each time. Rafael Nadal and Roger Federer both have their preferred space, with their photos on the locker door. 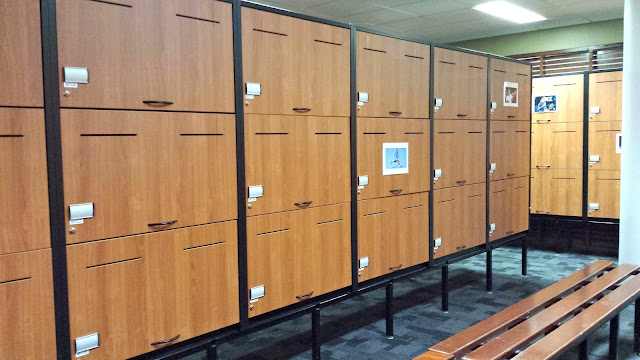 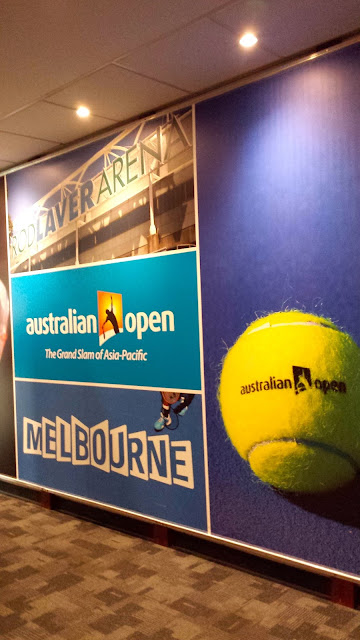 Past the trophy cabinets and along the Walk of Champions to Rod Laver Arena. 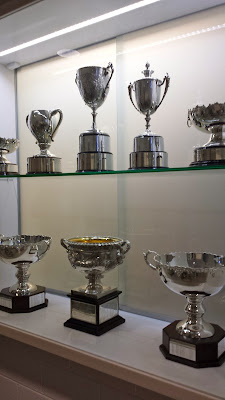 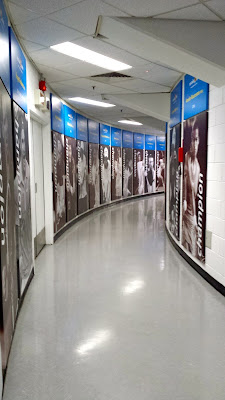 The Media room was next, where the players conduct their post match interviews. 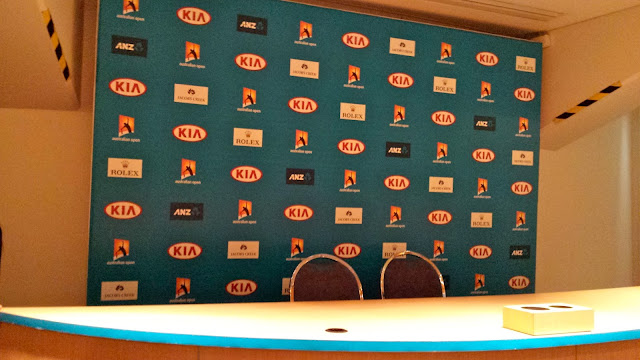 The quiet emptiness of Rod Laver Arena. When not in use for the Australian Open, the arena hosts a variety of events. From Disney on Ice to Pearl Jam, the 15,000 seat venue is popular with the crowds and the touring artists. 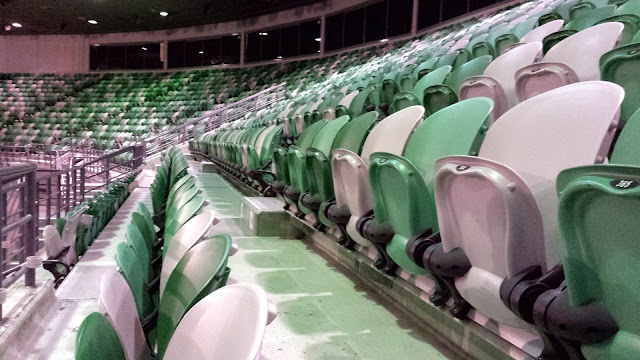 Once the original outdoor court, Margaret Court Arena has undergone a refurbishment and even has a brand spanking new rectractable roof, which opens or closes in just 5 minutes. At the time of our visit, the blue flexi cushion had been covered in a layer of temporary flooring and the name of the game was no longer tennis, but basketball. And not just any old basketball team - The Harlem Globetrotters were in town to play a couple of gigs here. 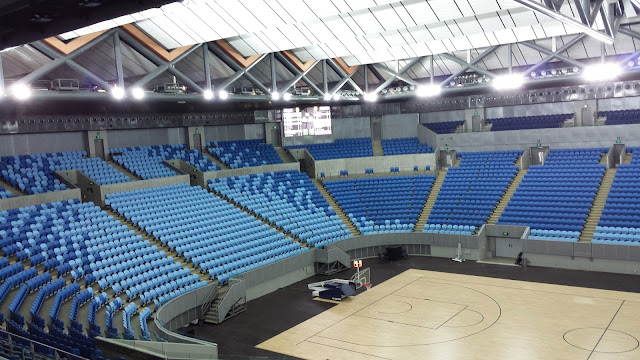 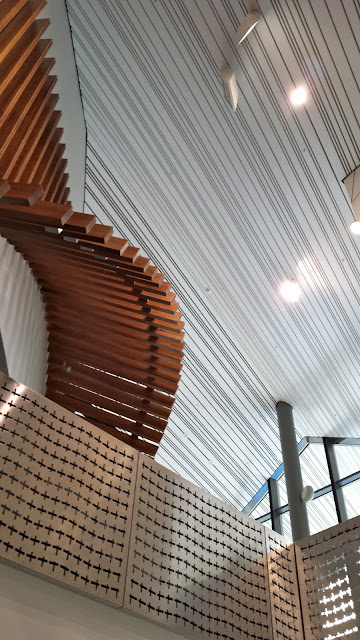 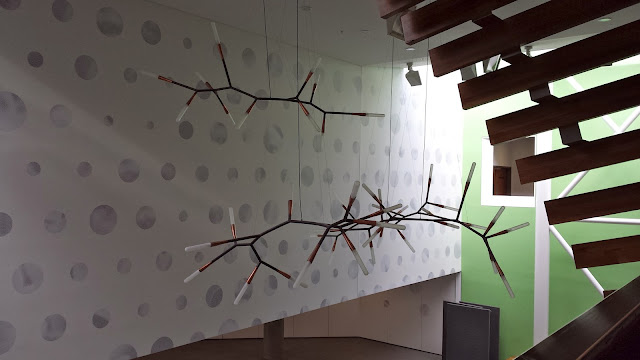 A collection of Instagram photos, taken at this year's Open, have been turned into a huge mosaic of famous players. 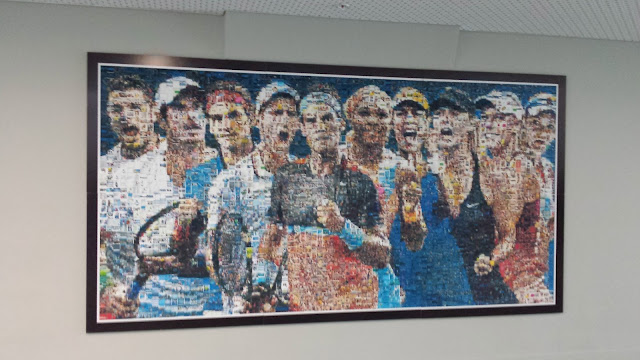 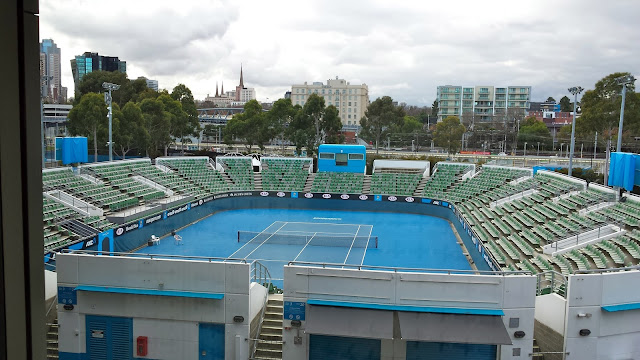 The gardens are brightened by Birds of Paradise and other native blooms. 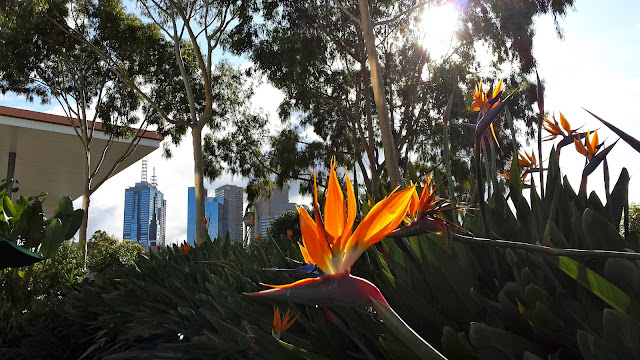 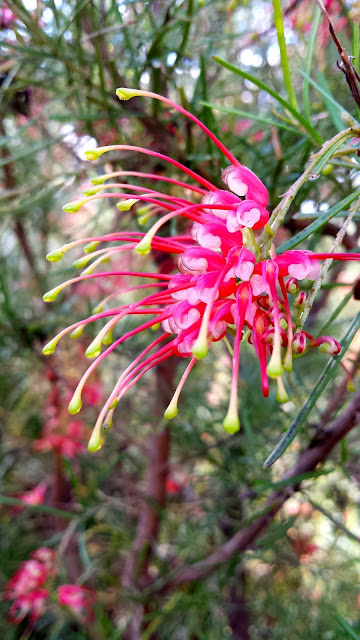 Former champions are honoured with rows of busts. Rod Laver, Margaret Court, Evonne Goolagong Cawley, the Woodies - they're all here. 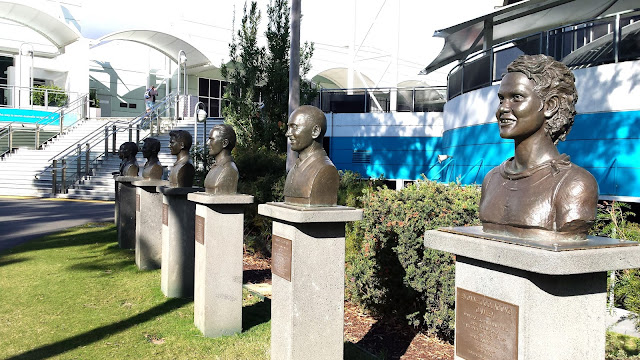 The tour was great and it was heaps of fun playing (badly) and doing my best McEnroe hissy fit when I kept missing the ball.
I give it a thumbs up. Bewdy Newk! 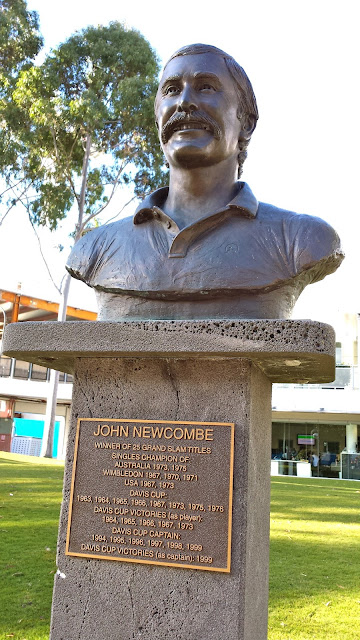