Dinosaur Digs at The Caves

It's not every day you get to dig for dinosaur bones at the beach with a Paleontologist, but a school holiday program activity let us do just that.

The South Gippsland Conservation Centre offers these guided tours and we jumped at the chance to join. 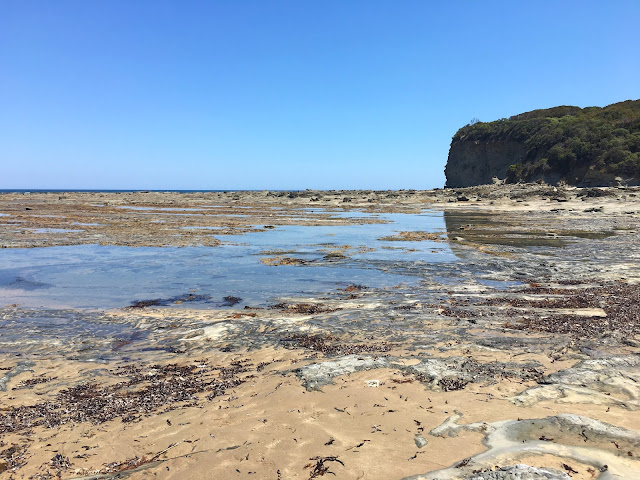 We started off with an information session at Inverloch's Bunurong Environment Centre, before driving ourselves to the local dig site at The Caves, which I had briefly visited on my Bunurong Coastal Drive a few months ago. 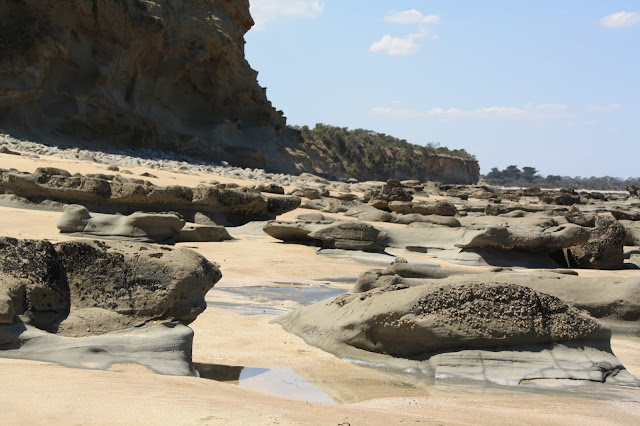 The  area is a  renowned dig site, since the first fossils were found here in the 1920's and the Dinosaur Dreaming group has spent many years doing annual digs here. 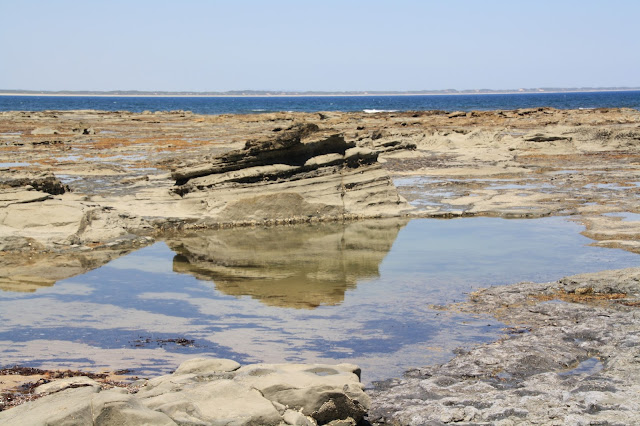 We started by clearing a section around the edge of a large rockpool, then tipping water over the coal-filled rock. Hammers were used to chip away at pieces of rock, in the hope of finding something of interest. 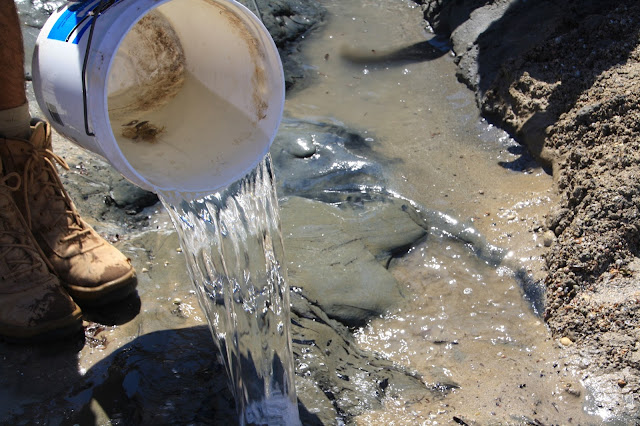 One of the group cracked a rock in half and the clean break within showed a beautiful fossilised leaf inside, just like this specimen on display at the Discovery Centre. 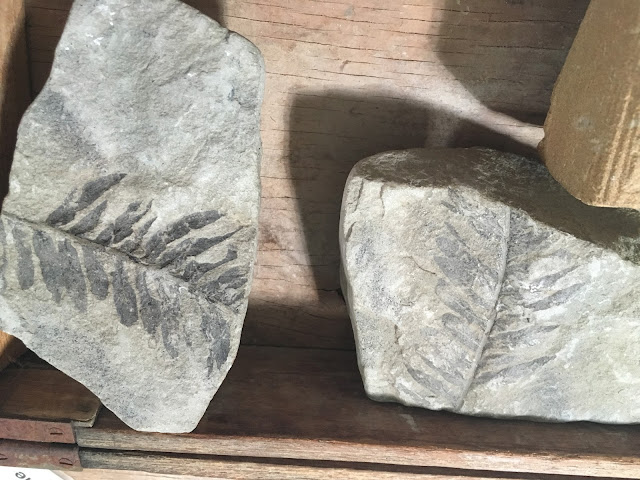 Petrified trees could be seen embedded in the rocky seabed... 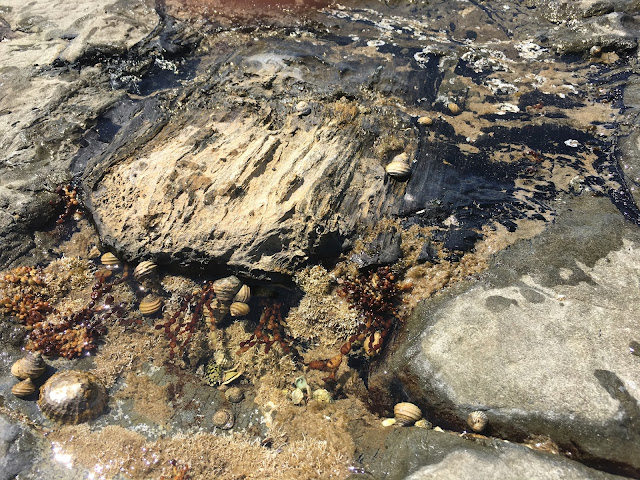 ...and these footprints showed us that there really was some Dinosaur evidence around. 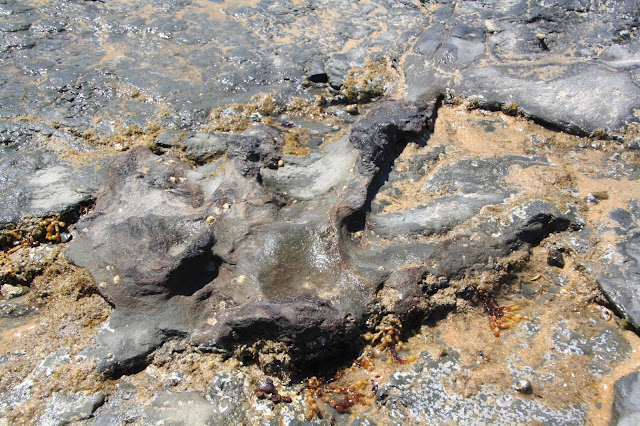 We headed off to the end of the beach and explored The Caves before the tide came in. 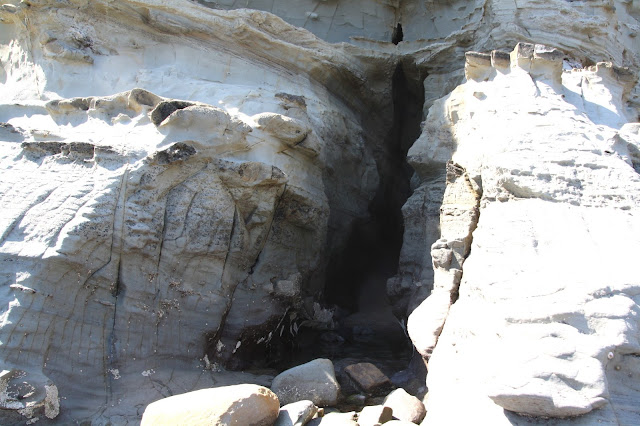 I think I saw a dinosaur in there....can you see his face? 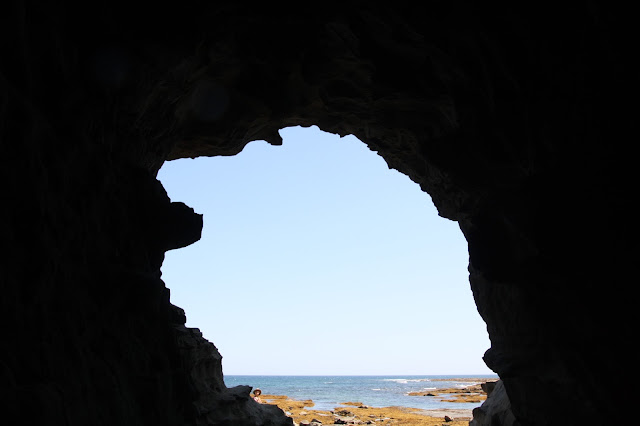 The Dinosaur Dreaming crew have relocated and now have an annual dig near Cape Otway and at an inland site near Koonwarra. This site at Flat Rocks/The Caves is open to the public, but is part of Bunurong Marine park, so check with DD or the Environment Centre before you head there with your hammer and bucket.

What: South Gippsland Conservation Society
Where: The Esplanade, Inverloch
When:  Fri-Mon 10am-4pm
Why: Dinosaurs
How Much: FREE to visit the beach on your own
Related post: Bunurong Coastal Drive