Just a ten minute drive out of Portland and we found ourselves at Cape Nelson Lighthouse. 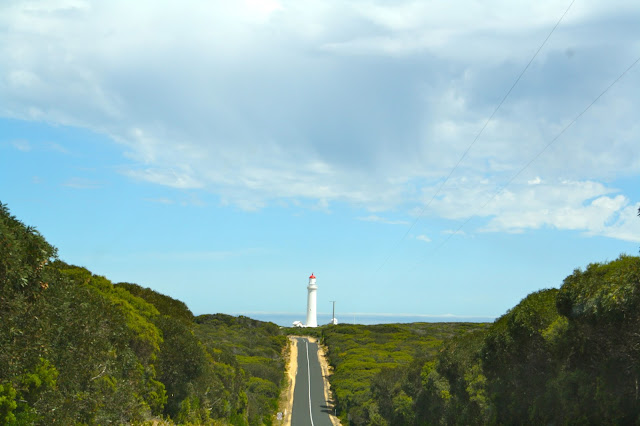 We took a walk around the grounds, admiring the Lighthouse Keepers's Cottage whitewashed walls and red chimney tops. The Assistant's cottage is available to rent as holiday accommodation. 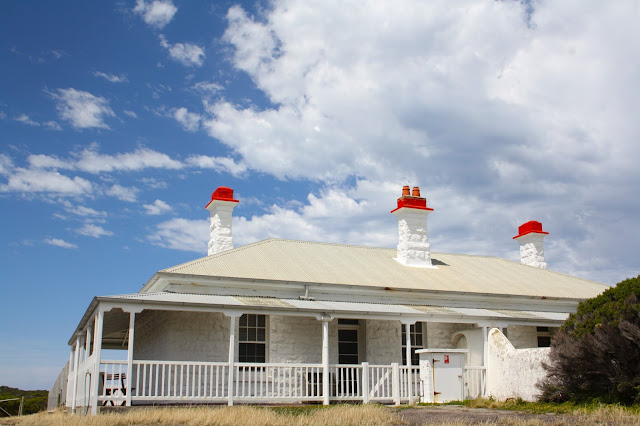 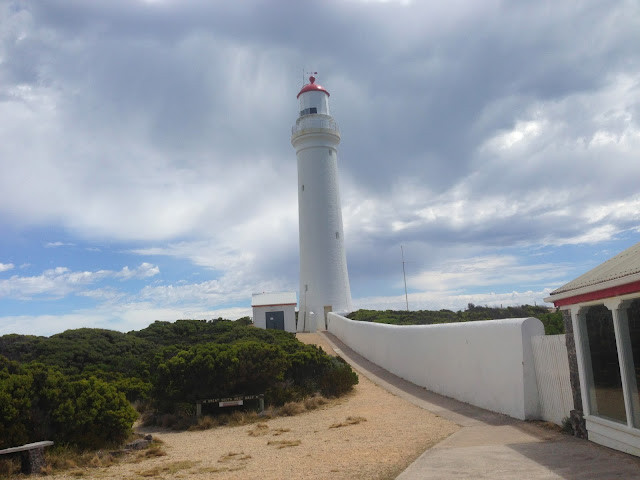 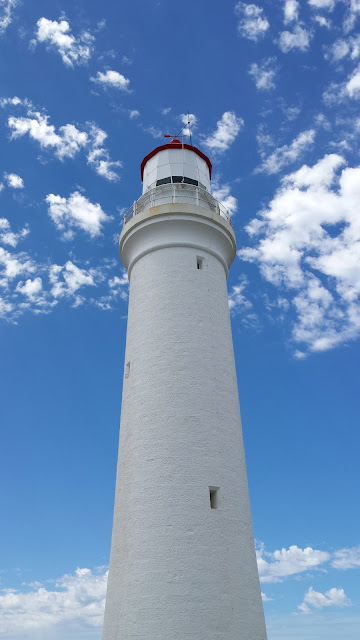 The 32 metre tower was built in 1884, after many shipwrecks occurred along this coastline, and served to light the way for ships entering Bass Strait. It is still used as a maritime navigation aid, not only at night, but during the day the tall tower can be seen to indicate location. Tours are held at 11am and 2pm daily. 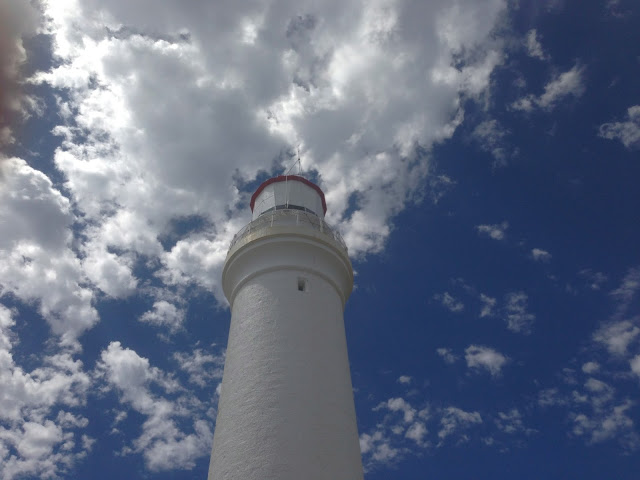 We had missed the timing of the tour, so instead we explored the rugged coastline around the lighthouse. A 3km walk took us around the grounds, where wallabies, echidnas and many birds were spotted. Nearby is a Gannet Colony and the lighthouse is a popular whale watching area, both in Winter and Summer. 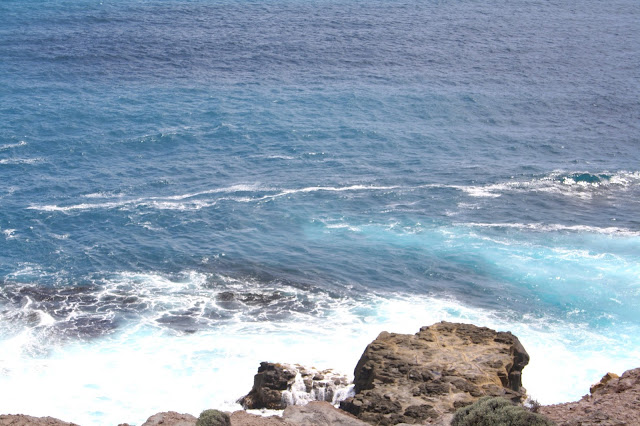 The area is part of the Great South West Walk, a 250km loop trail that can be done in short sections, or in one big extended trek. 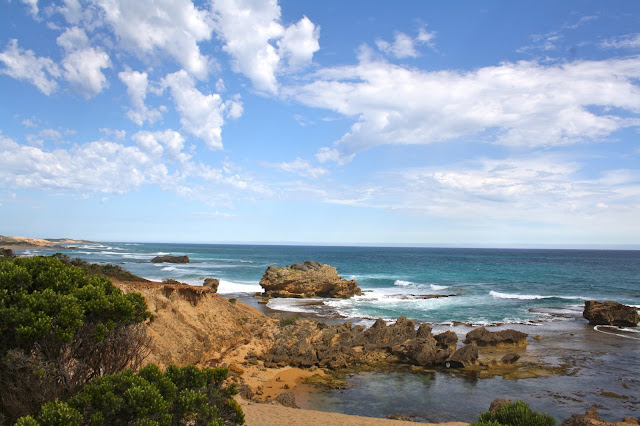 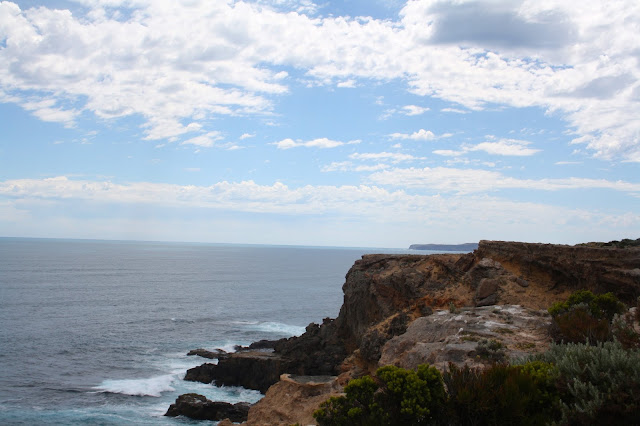 The wreck of the Isabella can be seen from the clifftop. The ship hit the cliffs in 1837, one of many that sank along these shores. 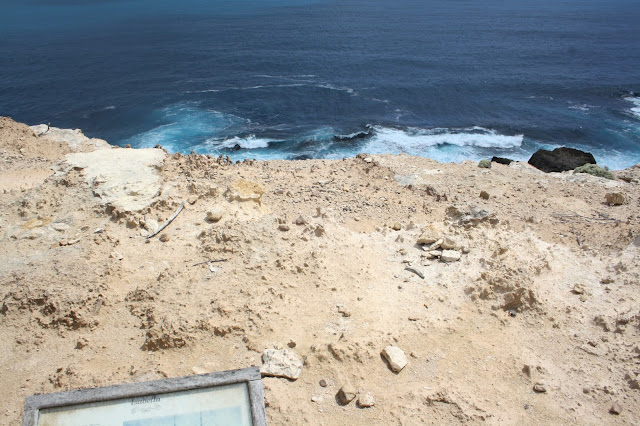