I joined up with another of the Manningham Walks that set out once a month. This time, we headed to Glynn's Rd, Warrandyte, where we parked the cars at the end of the road and headed off along the former driveway of the Glynn family farm.
The property was purchased by the government in the 70's and is now managed by Parks Victoria.  A few old buildings and a livestock chute are all that's left of the farm now, but it is a great place to go for a walk along the Yarra River. 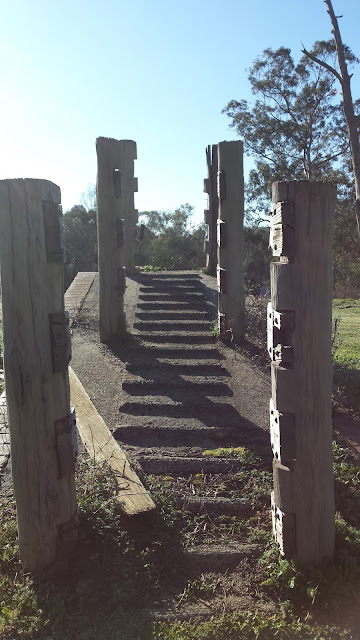 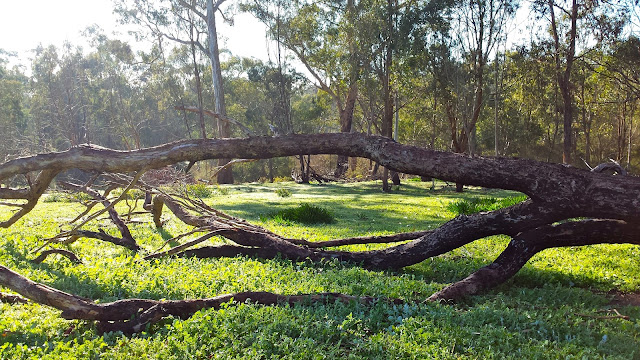 Cathy, our tour guide, was once again a wealth of information about the Warrandyte State Park and the local flora and fauna. Cathy rattled off the botanical names of just about every plant in the area, while I stood there trying to remember what I had for lunch yesterday. If a tree falls in a forest and no one is around to hear it...it doesn't matter because a whole new forest will just up and grow out of that horizontal log! 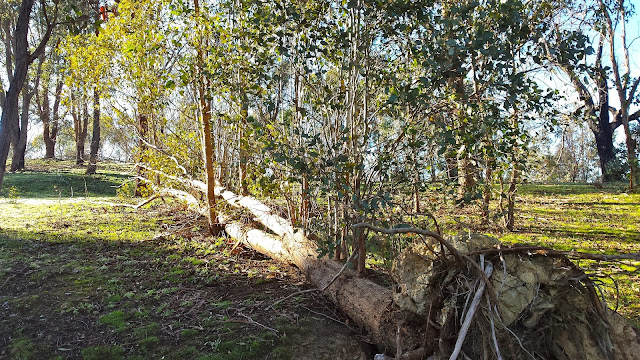 We followed the vehicle access track alongside the river, arriving at the opposite side of Pound Bend. A mining company dug a tunnel through the hard rock in the goldrush era, diverting the water flow from the bend and leaving a dry section of river bed to be dredged for gold. 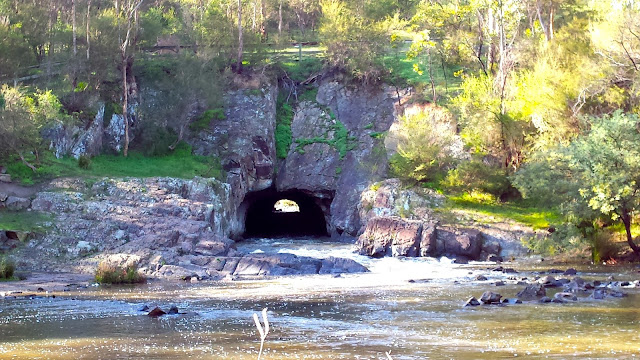 Further along we came across some interesting fungi (yeah - more fungi pics, I can't get enough of them). This one looked like it was upside down. 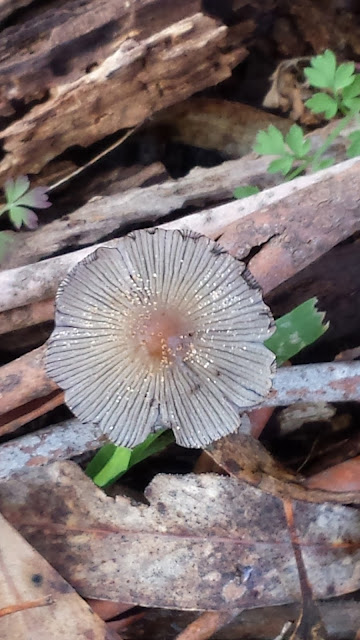 ...THIS is a fungi!
These guys - see what I did there? - were bigger than dinner plates and I'm sure a whole family of fairies could camp out underneath. 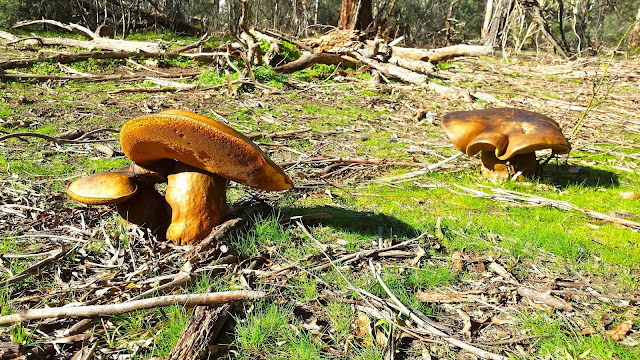 We passed kangaroos on the grasslands, a little black cormorant on the river and saw a couple of kookaburras in the trees. We were lucky enough to again have a 'twitcher' along for the walk, who was able to spot a few different bird species that I probably would not have seen otherwise.

Across the river the Naughton Ave cliffs rose up towards the blue sky - almost vertical in some places. 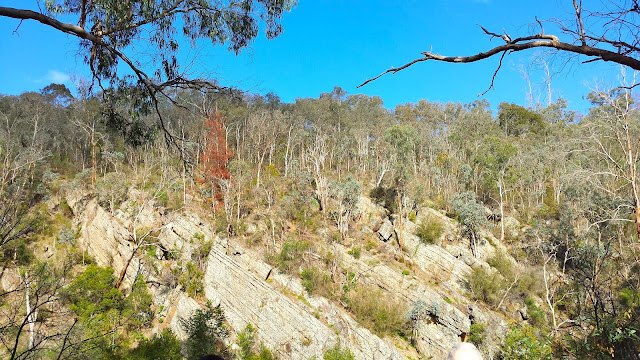 Bob's Wetlands were alive with the sounds of frogs croaking and a few ducks were paddling in the ponds. 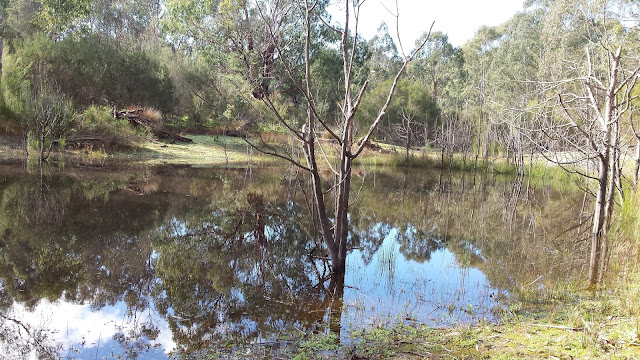 At the old Southern Cross windmill, we headed up the hill and back towards the farm. 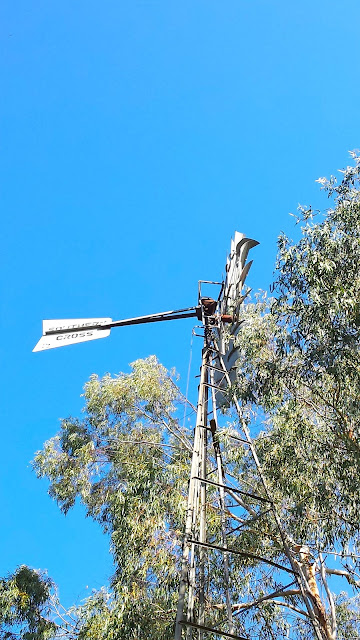 At some point in the past, wooden boardwalks had been built over the wetlands, but have now fallen into disrepair. 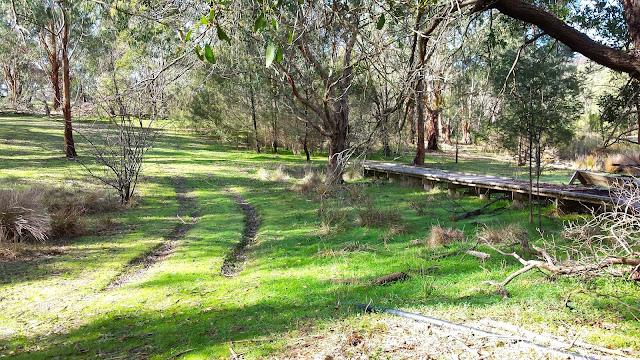 Just before the carpark, the driveway was ablaze with the bright yellow of our national floral emblem, the Golden Wattle - a sure sign that this cold ol' Winter will soon be over and the warm Spring sunshine is just around the corner. 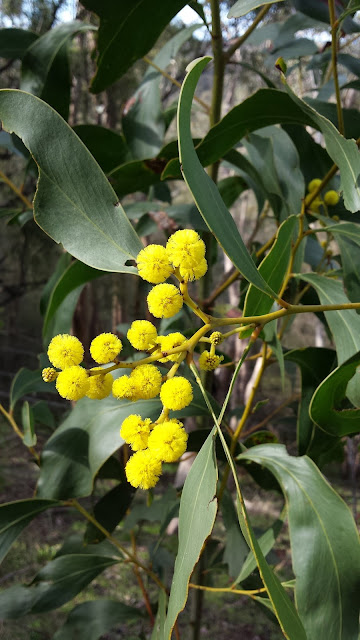 What: Glynn's Wetlands Walk
Where: Glynn's Rd, Warrrandyte
When: Daily
Why: walks, nature
How Much: FREE
Nearby: Yarra Brae Walk, Wonga Park
Posted by Gabby at August 05, 2015