Once a month, the Supreme Court of Victoria holds a free guided tour of the building, including the courtrooms and the Law Library. I went along recently and was in awe of the architecture and stature of the place.
No photos allowed inside, so you'll just have to take my word for how amazing this place is.
The bronze statue of Justice greets you from the rooftop, as you arrive in the law precinct of Melbourne, William St. Unlike most other similar Justice figures, she sits with the scales of justice resting on her knee and gazes down upon the city, blindfold free...watching... 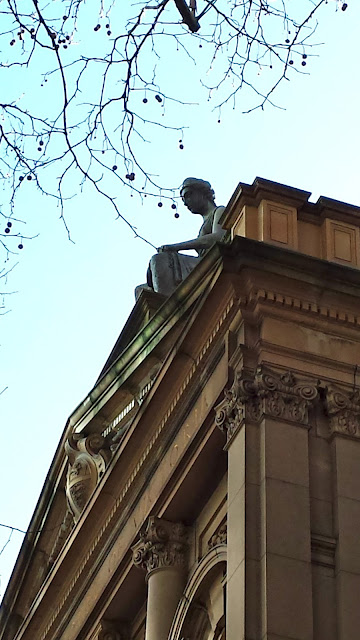 Her home since 1884 is this Heritage Listed building - the highest court in the state of Victoria. Malmsbury bluestone and Tasmanian freestone were used to construct the grand building during the goldrush era.
Inside, a spiral staircase, carved out of bluestone, snakes its way behind one of - if not the - first public telephone boxes in Melbourne.
That phone would have been running hot back in the day, when journalists would call back to their editors with verdicts from high profile cases, such as the Gangland killings. If these walls could talk... 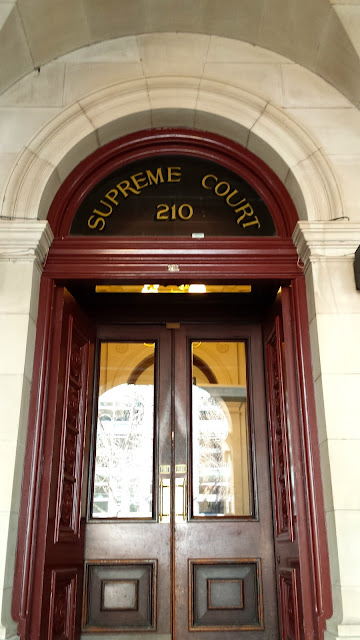 Some courtrooms were in session as we wandered around the corridors inside. We did get to see in one of the rooms and our tour guides gave us an indepth, interesting and sometimes funny talk about the goings on within a court setting. The rooms are elaborately decorated, with a mixture of original fittings and modern technology. 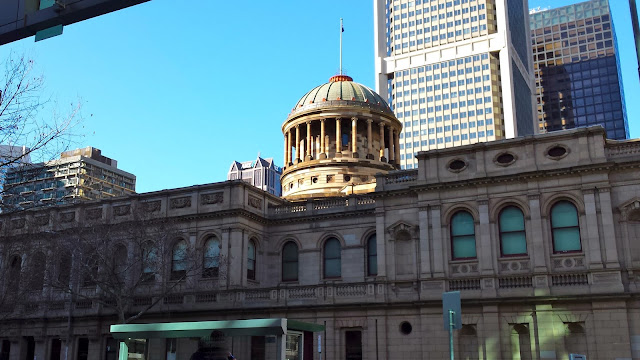 My favourite room was the Supreme Court Law Library, a double storey, fake dome ceiling nestled under the real dome roof, packed to the rafters treasury of legal resources, with over 120,000 books stacked from floor to ceiling. With those ladders that slide along the shelves! I wanted to just move right in and live here forever, reading books by the light of a gasolier. That's right, a gasolier.

Out in the courtyard, we stood in the paved driveway, next to a nondescript door leading inside. This is the view that I have seen so many times on the news, as well-known criminals step out of the police vehicle and the media crews on the other side of the red gate, try and get the best photos.

The enclosed walkways above are the Judge's corridors, enabling them access between chambers and courtrooms. We also saw traditional court dress - robes, gowns, wigs and learnt of the history behind the attire. 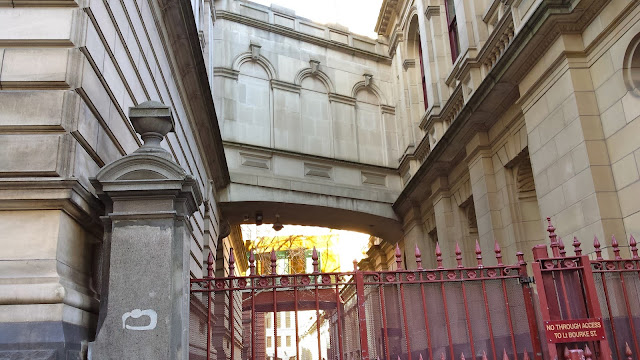 The tours can be booked via free registration. You can also sit in the public gallery of a courtroom during a session - the daily hearing list is on the website. 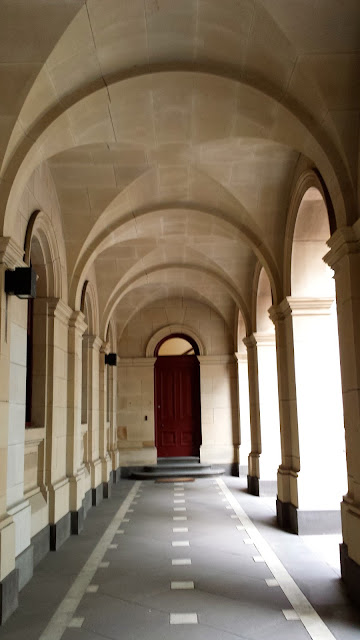 What: Supreme Court of Victoria
Where: 210 William St
When: Once a month guided tour
Why: History, Law
How Much: FREE